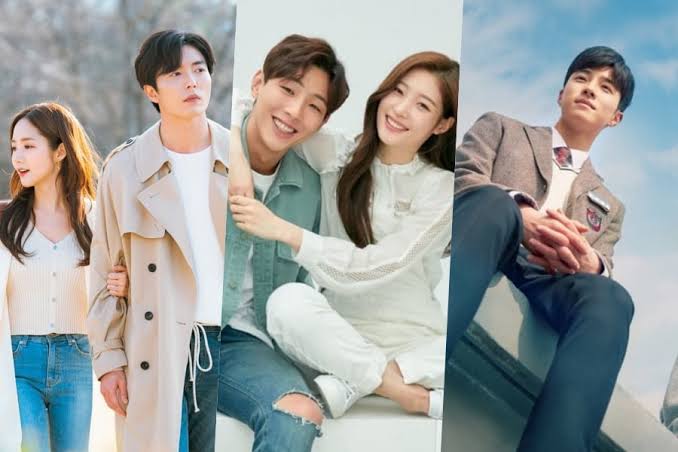 The latest trend is surely going the way of South Korean content like movies, TV shows, and music belonging to South Korea has shown huge popularity in streaming platforms like Netflix. The subtitles and the melodious lyrics are helping Korean pop culture to rock the world over by withstanding the language barrier.

The most popular forms of Korean pop culture include K-dramas, which represents Korean Television shows dating back to the 1960s. Such shows contain all the recipes of a perfect binge-watch like drama, romance, and suspense. The cast of such shows includes actors and musicians. We will highlight the Top Four of K-dramas based on the latest trend-

It is a Korean drama that was first aired in 2015. It follows a young woman named Na Bong-sun, who is a pretty girl but not so popular in her friend circles, largely because of her superpowers inherited from her grandmother. She has the power to see ghosts, quite normally.

The crisis is generated in the show when Na gets possessed by a spirit named Shin-soon-ae, who believes that it could not move to his afterlife journey because he had no romantic relationships while he was alive. As a remedy, the spirit tries to vent his desires through Na’s body.

The Korean show, 12 Years Promise, was first aired in 2014, comprising twenty-six episodes. The show begins in 2002 at the night when Korea won the World Cup. The pair of High School sweethearts, Jang Guk and Yu Jun-Su were together at night, which led to Jang Guk’s pregnancy. Both were ready to get married when one tragic event tore their family into two parts.

But as fate would have it, Jang Guk met Yu after ten years in the USA, but now Jang had a different name, and Yu does not recognize her. Jang, who understood that their life gets entangled once more, shows no hurry in making Yu remember their past.

(3) Crash Landing On You

First aired in December 2019, the Korean show Crash Landing On You is pretty promising as it follows South Korean heiress, Yoon Se-ri, who suffers a scary paragliding accident that forces her to make a crash landing in North Korea. There, she meets a North Korean soldier, Ri Jung- Hyuk, and falls in love with him. Ri Jung helps her to hide, and the story continues.

Another Korean drama, which was first aired in 2016, Nightmare High, offers a creepy, scary, and crisp thriller for its viewers. It follows a group of Korean students who recently learned that their regular teacher would not be able to take their class as he is injured. A new teacher comes to take his place, but as the story unfolds, things get strange, and one of the students has to dig in the mystery before it is too late.