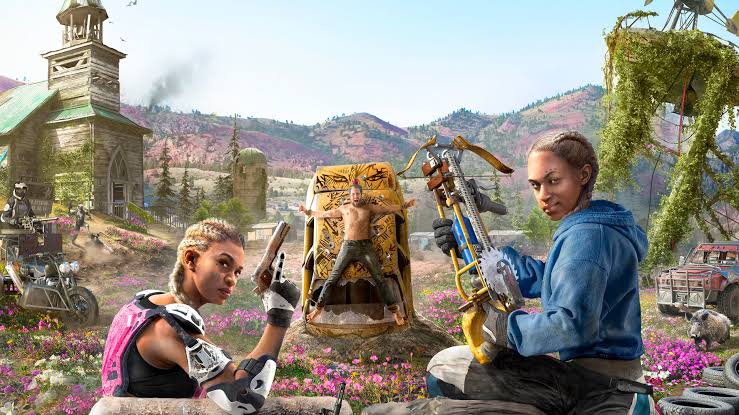 Far Cry New Dawn is not launching with some expectations content which the fans for the had for Far Cry 5. But the devs seem to have added at least one thing in the game. In a preview image which was revealed by the GameRevolution that the game would feature a series called “SpaceForce” gear. The President of USA, Donald Trump, announced the establishment of United States Space Force in March of 2018. This was then was criticized and ridiculed by many people.

This organization doesn’t exist right now, but there are some rumors that it will establish by 2020. This organization is the inspiration for a comedy series which has the same name. The Ubisoft developers at decided to slip a joke in their upcoming game. The “Space Force” SA-50 Sniper Rifle and the description of weapon says; “Surely the greatest firearm the world has ever seen.” 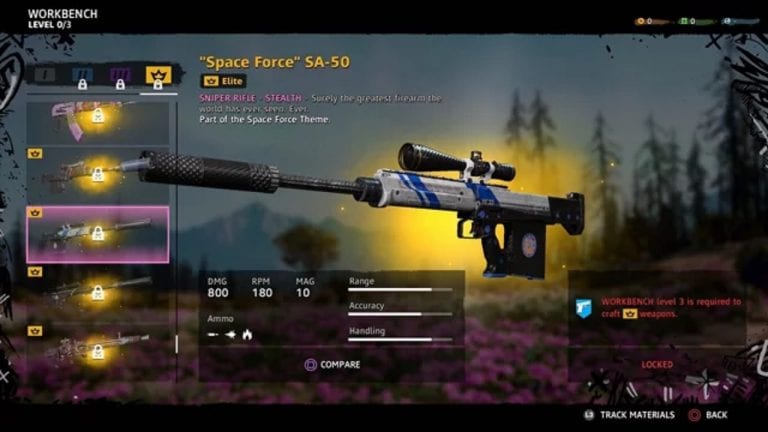 Speaking with GameRevolution, Far Cry New Dawn’s creative Director, Jean-Sebastien Decant said, “So I think it is not a comment. It is a joke. We really went crazy with the different suits you can gather in the game. So there is the reality of space and the conflict with the twins, but in terms of what you can wear in the game, we really went bats*** crazy. So you can disguise as an ape, you can have a robot arm, and you can have Space Force stuff”.

Far cry New Dawn doesn’t intend any sort of political commentary. Many people thought that the game would have a much stronger political message before the release of Far Cry 5. It was said because the game was released in a political climate and the game did have a political message, but instead of that the games’ story was more based on Cold War and cult activity that occurred in the 80s and 90s. Moreover, the games’ director said in an interview that the setting and theme of the game was already chosen before the 2026 American election.