Money Game by the South Korean television network tvN has only ten episodes to go before it ends on March 5, 2020. So far, the story has been intense in this nation toppling story about three economists trying to stop a financial calamity similar to 1998 one in South Korea.

The show is being directed by Kim Sang-Ho (Spring Must Be Coming, Hwajung) with the script by Lee Young-Mi. In this article, we’ll tell you where to watch the seventh episode of the show. The cast consists of Ko Soo, Shim Eun-Kyung, and Lee Sung-Min in the main roles.

Here are some new stills from the K-drama: 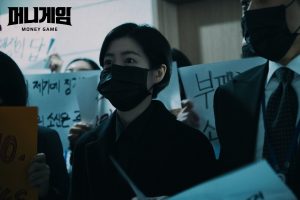 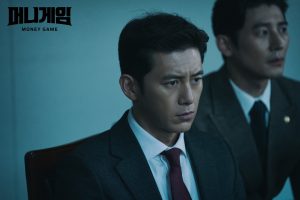 Money Game airs every Wednesday and Thursday on the South Korean TV channel tvN. It can be streamed online with English subtitles for free on OnDemandKorea. OnDemandKorea is only available in South and North America, so you might want to use a VPN service or proxy to watch the K-drama on the streaming service.

When Is Money Game Episode 7 update?

The seventh episode of the K-drama will air on tvN on Wednesday, February 5, at 21:30 KST (Korea Standard Time) on tvN. The episode should be shortly available with English subtitles on OnDemandKorea.

What is Money Game All About

Chae Yi-Hun (played by Go Soo) is an economics bureau worker who lives in his father’s shadow, as his father is known as the greatest economist in Korea. Yi-Hun wants to prove to his family that he can succeed on his own. Heo Jae (played by Lee Sung-Min) is Yi-Hun’s boss at the Financial Services Commission. Ambitious by nature, Heo Jae will go to any length to make his ambitions a reality.