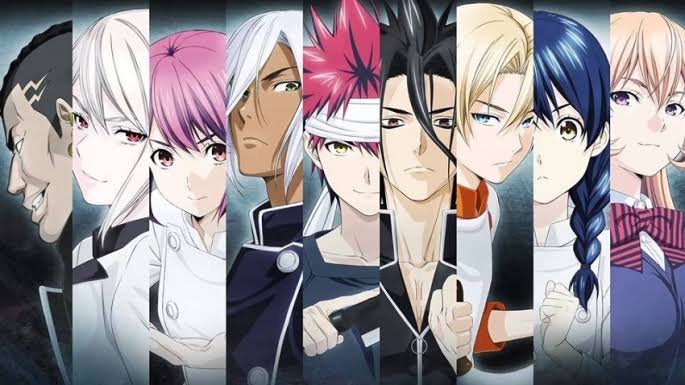 Many people seem to be confused about the number of seasons that the Food Wars has. Due the third season being split into parts, a lot of fans think that the show has four seasons. However, the actual count is three. The fourth season is expected to be released in late 2019.

So, far there hasn’t been a confirmed update for the fourth season albeit I do think that it won’t take long for the official announcement regarding the fourth season. If the show is renewed for another season, it will cap off what looks to be an amazing year for anime fans.

Here is the synopsis of the show if you’re interested—
The show follows Yukihira Soma, who is a middle school student. Soma is determined to supplant the culinary skills of his father. His father decided to close the family and go to Europe in order to improve his culinary skills. Before leaving his father decided to enroll Soma into an elite school which is extremely difficult to enter. The graduation rate of the academy is just 10 percent. So, Soma has to really work hard in order to fulfill his dream.

Updated on May 18, 2019:
Food Wars Season 4 has kept all the fans on the edge of their seats, and we think this summer might bring some good news for all those who have been waiting. Food Wars Season 4 announcement is long overdue now, and according to certain rumors, the show will return in Fall 2019. It could be pushed back to Winter 2020, but for now, a Fall 2019 update seems likely.

If that’s correct, then we will likely get an announcement for Food Wars Season 4 in the summer. A short teaser trailer might also be revealed around the same time, in my opinion. Of course, that’s just my guess so take it with a grain of salt.

Are you excited for Food Wars Season 4? Let me know your thoughts in the comments section below!