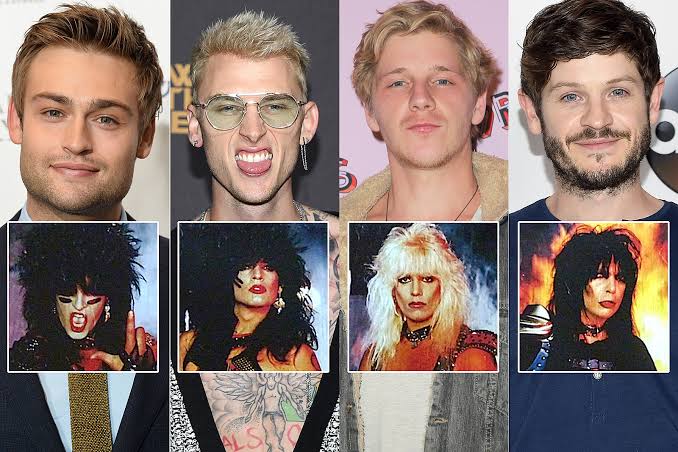 The Mötley Crüe biopic aka The Dirt is soon to appear on Netflix. Somewhere in February Netflix released the trailer of The Dirt biopic and fascinated audiences to an extent. As we saw in the trailer, all major incidents were covered such as the band’s career highs and lows; we saw how Vince Neil was arrested for vehicular manslaughter. Next up, there was a shot of Tommy Lee and his marriage to actress Heather Locklear. Nikki Sixx was shown as revived after the shocking incident of being declared legally dead from a heroin overdose.

The movie has been in production since 2006 now, so more than a decade has passed. It was directed by Jeff Tremaine of Bad Grandpa fame. The screenplay for The First was written by the famous screenwriter Rich Wilkes. The cast of the movie is quite a dynamic one. It stars Machine Gun Kelly as Tommy Lee and David Costabile as Doc McGhee. Douglas Booth stars as Nikki Sixx, Iwan Rhein as Mick Mars, and Daniel Webber as Neil, Pete Davidson stars as Elektra A & R guy namely Tom Zutaut. You may watch the trailer below:

Nearly after two decades, the Mötley Crüe Biopic will come to Netflix. It’s been 18 whole years since it was trapped in development purgatory. After landing on Netflix, it now will be seen somewhere in March. For those of you who are unsure, The Dirt will cover life and times of rockers that made up the band Mötley Crüe, Vince Neil, Tommy Lee, Nikki Six, and Mick Mars. It is based on the book The Dirt: Confessions of the World’s Most Notorious Rock Band by Neil Strauss.

With movies like Bohemian Rhapsody and the trippy Rocketman releasing, The Dirt will be an interesting lead.