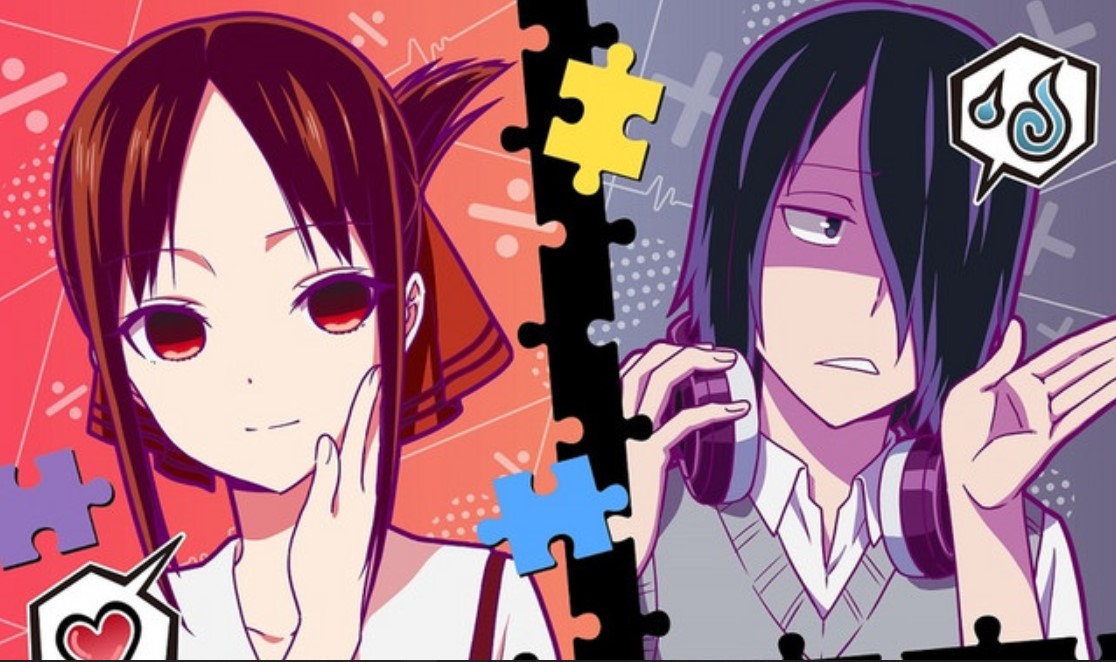 Kaguya Sama Love Is War Season 2 Update: The end of 2019 came with good news for the fans of Kaguya sama love is war as the second season was announced at the Jump Festa 2020. This means that it will be part of the spring 2020 anime season in April. So in this post, we are going to talk about Kaguya Sama Love Is War season 2 trailer, cast, and spoilers. Before we can focus more on that, let us first take a look at the production of season 2 below.

Kaguya Sama Love Is War Season 2 update is set for Saturday 11 April 2020 at 11:30 PM JST. The time for the season have been finally released after its confirmation last fall:

The trailer for the upcoming episode has been released already and you can check it out on the video below. The second season will be making its debut in just a few days so the wait is finally over for the fans.

The preview has been released already and you can check it on the video above.

Season 2 of Kaguya sama love is war will see the return of Mamoru Hatekayama who also worked on season 1’s director’s team. The scripts will be under Yasuhiro Nakanishi’s supervision with Yuko Yahiro in the character’s designs. The opening theme for season one was Love Dramatic by Masayuki Suzuki and featuring Rikka Ihara. The first end theme was the Sentimental Crisis by Halca, and the second one was #2: Chikatto Chika Chikaa♡ by Konami Kohara.

The official teaser for season 2 that was released for the very first time revealed that it is still business as usual between Miyuki and Kaguya. They are still caught up in their antiques to see who will be the first one to confess their feelings to one another. Nonetheless, their pride seems to be still too much for either of them to admit it first. This is merely based on their logic that whoever confesses first will be the inferior one in their relationship.

Season 2 will have us see Miyuki face yet another challenge through the introduction of Miko Lino. This will be Miyuki’s rival in the student council elections and has a very persistent nature as she wants to take Miyuki’s place. Although Miko will turn out to be popular throughout, she will still lack enough support to defeat Miyuki in the elections. This had become a crucial factor in the story as in Season 2 of Kaguya sama love is war, Miyuki and Kaguya will be getting much closer to each other.

Kaguya-sama: Love is War manga is as of now running and this is uplifting news as it guarantees that the further seasons will come. Composed by Aka Akasaka. The manga initially turned out in May 2015. As of recently, it has finished 17 volumes. Prior it used to come in Miracle Jump however now it goes ahead Weekly Young Jump. Plus, a side project manga likewise exists. It is called – “Kaguya Wants to be Confessed to – Dōjin Edition”.

The Anime’s Story is about Miyuki Shirogane and Kaguya Shinomiya. Miyuki is the understudy committee president who is the top understudy of the school and notable for his prefecture. Then again, Kaguya is the little girl of a well off combination family. Right now amusing arrangement, the two of them seem, by all accounts, to be the ideal couple for one another. Indeed, even they like one another. Be that as it may, they are too glad to even think about confessing their affection.

In addition, they think whoever admits first would lose. Further, the anime follows their interesting endeavors to cause the other to admit. The second period of Kaguya Sama will spin around when understudies board political race is occurring. In addition, another character would assume a significant job right now. Besides, this season will reveal some insight into the past of existing characters which may help us in understanding the characters better. It is amusing to watch Miyuki starting a re-appointment crusade to hold his situation as the president. We realize Love is War season 2 won’t neglect to engage us.