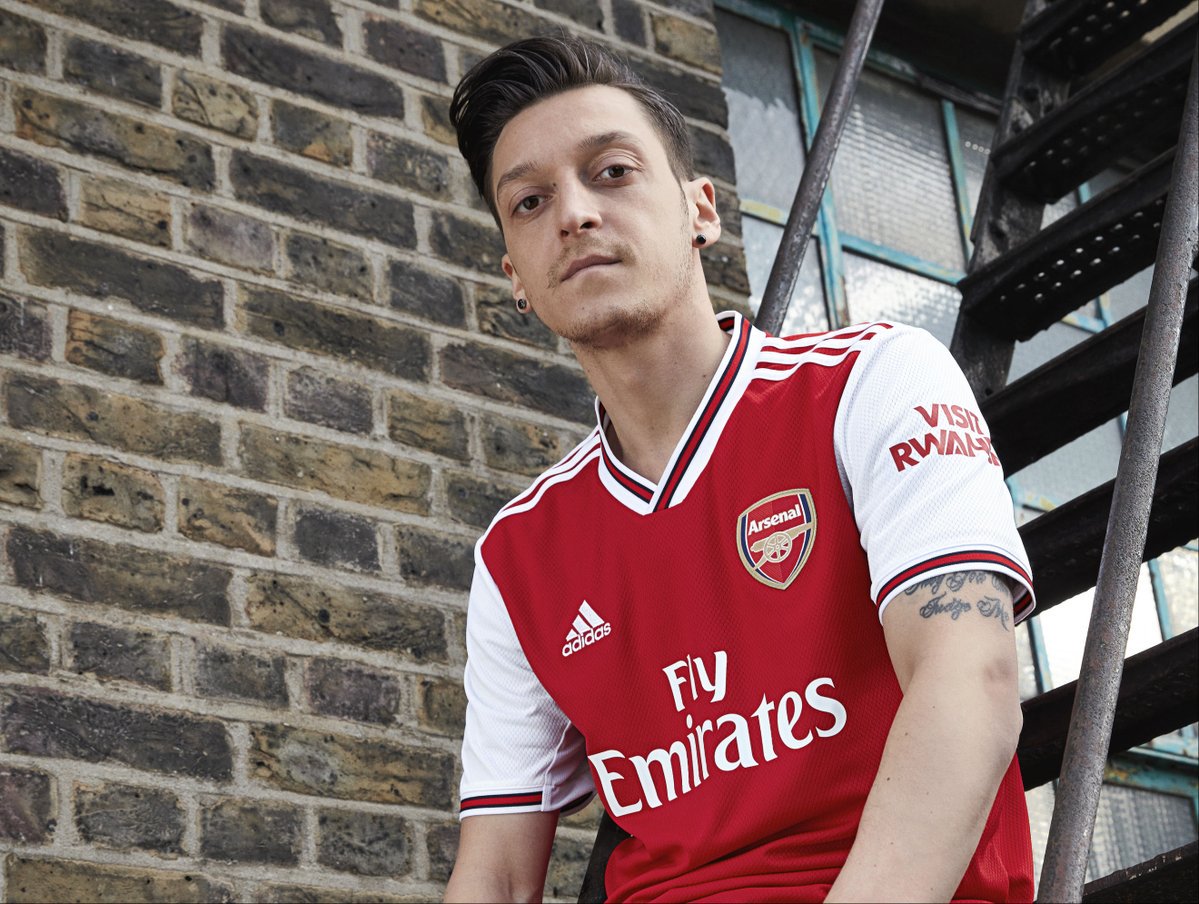 Arsenal is one of the biggest clubs in England. The club hasn’t enjoyed the best of seasons as of late but, that didn’t stop Arsenal fans from celebrating their kit launch. The Arsenal 19-20 home kit was released finally earlier this morning. The club had to wait for some time before the club’s deal expired.

The deal with Puma was finally over at midnight. The kits by Puma were not half bad, but, they were pretty average in my opinion. I don’t think that they were anything special. Arsenal’s deal with Adidas has got them two great kits already, which is pretty amazing.

The new Arsenal 2019-20 Adidas home kit is inspired from the early 1990s which had a classic collar, and there is a red-white-navy color combination. The shirt combines the red body with white sleeves of Arsenal. There is also a navy trim on the collar and the sleeve cuffs. The Arsenal 2019-2020 Adidas home kit is a beauty. The shirt has nothing fancy on it, and yet it seems like a proper contender for the best kit of the new season.

The kit was revealed on July 1, 2019, and the kit will be available at the official club stores until July 7. If you are an Arsenal fan, then I think that you should definitely get your hands on the shirt. Even if it might cost a bit more than the previous kits, it’s still worth buying in my opinion.