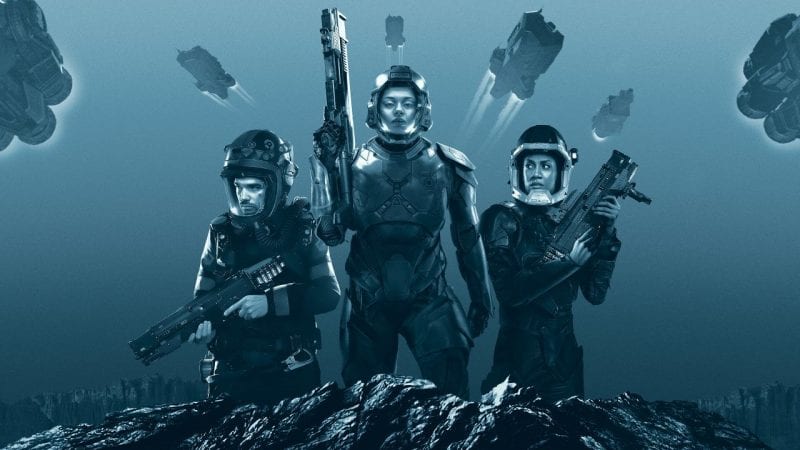 The Expanse Season 4 is coming to Amazon, and fans are very anxious to know everything about the upcoming season, fromto cast, and production information.

If you’re one of those fans, you’re at the right place because we’ll be sharing everything that we know about this series here. This post may also have minor spoilers. If you don’t like spoilers, I suggest you stop reading the post here. However, if spoilers don’t bother you, we can get started.

“We couldn’t be more excited that The Expanse is going to continue on Amazon Prime. We are deeply grateful that Jeff Bezos, Jen Salke, and their team at Amazon have shown such faith in our show.  We also want to thank Laura Lancaster, head of Alcon Television for her tireless efforts.

We are fully aware that this wouldn’t have been possible if it wasn’t for the tremendous outpouring of support from the most creative, hardest working sci-fi fans around the world. From Reddit campaigns to airplanes, we say thank you. It worked!”

The show should have done almost all of its production work by now, so I don’t think we have to wait for too long. The Expanse Season 4 is said to have a total of 10 episodes. While that isn’t a lot, it is still a good number, and we hope that it continues beyond season 4 as well.

The fourth season will continue where it left in the third season, and we will see more of Ilus and also, start taking the story from the fourth book in the series, Cibola Burn, to get more of the story, which was affirmed by Naren Shankar, the showrunner. Sanders confirmed that we are going to see the flipped side of The Ring in the fourth season, and all the questions will be answered too!

Are you excited for the Expanse Season 4? Let me know your thoughts in the comments section!

Till now, there is no confirmedavailable, and no details about the progress have been announced. But we have got another news, which might excite you even more. We have got exclusive new cast member details which are as below,

According to the data provided above, Lily Gao’s character is not yet defined, but Keon Alexander and Jess Salgueiro’s roles have been announced, but the names are still kept under wrap. Additionally, the name of the first episode has been decided, which is called “New Terra,” and has been written by Mark Fergus & Hawk Ostby. The next season is supposed to revolve around Cibola Burn, and that is the reason that the finale episode of the fourth season is also named “Cibola Burn.”

The show has been kept under wraps well, as nothing is coming out. We do know that the filming finished back in February 2019. Now, the show takes roughly 4-5 months to release after the filming completes. So, the calculated anticipation can be put in July or August of 2019.