21 Bridges is an upcoming thriller film that has been directed by Brian Kirk. There is a lot of excitement over the film and it is only fair when you take a look at the intense story of the film. The film follows a NYPD detective who puts the entire New York City on lockdown. He joins hands with the authorities in order capture a duo of cop killers. 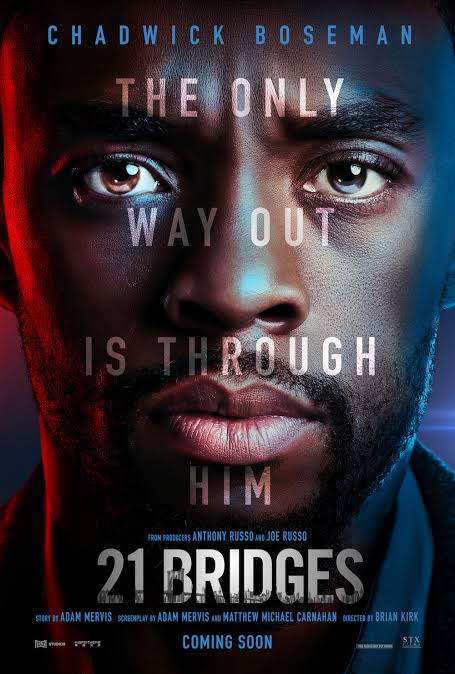 Back in July 2018, it was announced that Chadwick Boseman would star in the film. Previously, the title of the film was 17 Bridges. The filming for the film began on September 24 and production took place between New York City and Philadelphia.

21 Bridges is going to be released on November 22, 2019 in the United States and Canada. The film was previously slated to be released on July 12 and September 27, 2019. There is still some time remaining before we will get a chance to watch it. But, make sure that you don’t set a reminder so, that you won’t miss the premiere.