Shadowverse is back from its break let’s find out what it has to for us today. From the previous episode of Shadowverse Hiro steps up and defeats Leo using the Roar from the Ignis dragon. Leo congratulates them for overcoming the trial. He unleashed the true power of Sahdoverse on Hiro’s watch. Hiro shouts that he is going to save the world. Let’s find out below how Hiro is going to start his quest of saving the world below.

A powerful man shows up in another dimension sending some evil powers to destroy the world and stop the legendary cards. He said that he will protect Asagi no matter what it takes while looking at a powerful lady above the sky. In the real world, Hiro is with his crew and they are told that the power of the Tree of Woe has frozen the entire world. Only people within the defensive walls of the Central Tower area are able to move to safety.

In this post, we are going to talk about Shadowverse Episode 26 preview, and a recap. For you not to miss any updates or episodes of this Anime. You can use the weekly release schedule of Shadowverse to get new updates and episodes as soon as they are released. Take a look below.

Shadowverse Episode 26 will be released on Tuesday, 13 October 2020, at 5:55 PM JST. Keep in mind that every Tuesday you will get a new episode of this Anime. This post may contain the spoilers of the upcoming episode watch out when you proceed. Take a look at the recap and preview below. You can watch this Anime on officially on Crunchyroll at the same time from above. Let’s take a look below. 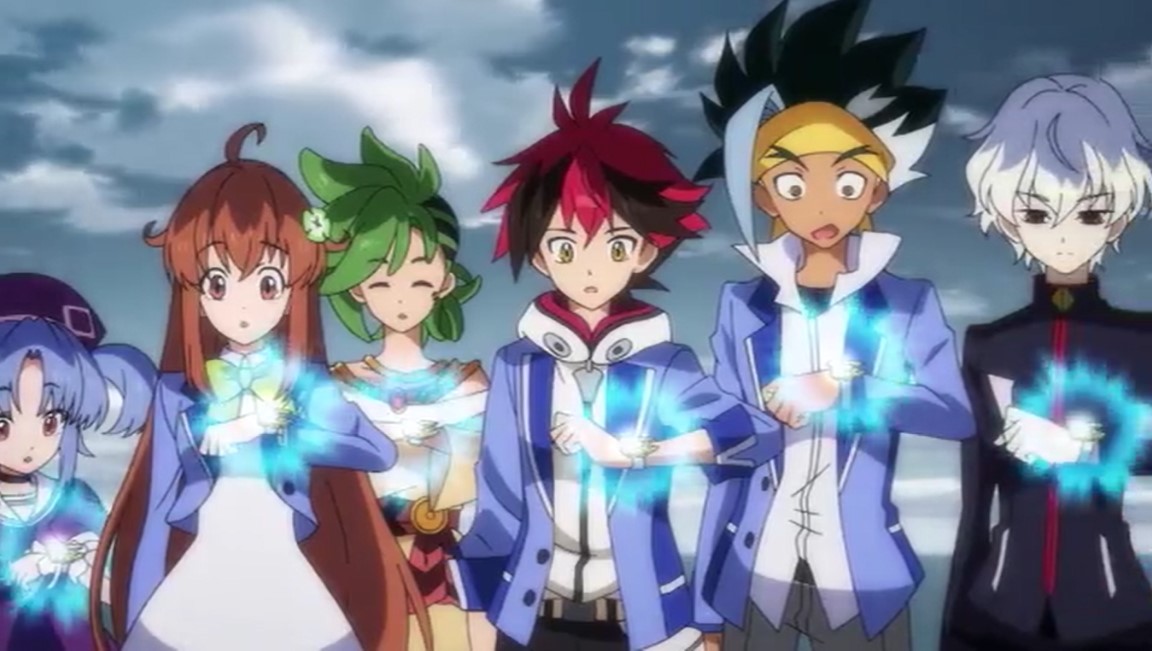 Hiro is worried about his family and it is revealed that the frozen people are possed by empty dark shadows. They are also being controlled by the Tre of Woe and it is possible to change humans back to normal. But they have managed to find out the solution to the problem with is Shadowverse. Leo shows Hiro and his crew the 7 ruins that hold the legendary cards. Leo reveals that the legendary cards hold the power to seal the Tre of Woe.

Leo told Hiro’s crew that each of them must go in each ruin where their class card is kept. They must retrieve their class cards and then come to the Tree of Woe. He orders them not to fail or it will be a destruction to humanity and if the Tree releases its full power the world will be erased in an instant. While they are still receiving orders the Tree of Woe’s power struck their flying jet.

Unfortunately, they go crashed in a nearby city but they are all safe. They quickly both went to their ruins to start with the mission that Leo gave it to them. The end of the world has already begun and the ones that can stop it are the chosen seven. The chosen seven are all members of Hiro’s crew.

They both entered the danger zone in different places and they battle their opponent who is possed by empty shadow. Hiro fights a fierce battle with Takuma Kibakura. After defeating him the battle save Takuma from the empty shadow that was inside his body. Their mission is still on to be continued in the next episode.

This week we manage to offer you all of the above updates. For more the will be available for you next week after the release of episode 26.