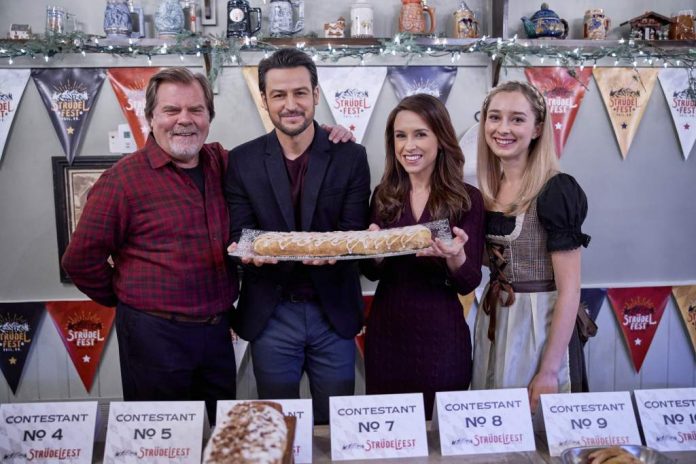 The American pay television network Hallmark Channel is launching a movie series dubbed Winterfest – 2020. Winter in Vail, a movie starring Lacey Chabert and Tyler Hynes, will kickstart the series. This article will aim to provide as much information as possible about the film.

Winter in Vail is directed by Terry Ingram, who has worked on a number of TV movies before like Time for You to Come Home for Christmas and The Mistletoe Secret.

What Is Winter In Vail About?

Winter in Vail tells the story of the main character Chelsea Whitmore, who is a Los Angeles-based event planner. She loses out on a deserved promotion and is not too fond of her job. She’s unsure what’s coming in her life next, and that’s exactly when she learns that she has inherited a massive chalet in the historic town of Vail, Colorado from her uncle who she hasn’t seen or heard from in years. She happens to meet a local contractor Owen Backer, and a relationship starts developing between the two. Chelsea must decide if she wants to start a new life in the little town of Vain by leaving behind her comfortable life in Los Angeles.

Lacey Chabert plays the role of Chelsea in the film. She has previously worked in Love Romance and Chocolate and another Hallmark film, which just premiered on January 5, Crossword Mysteries. She has also recently starred in other Hallmark movies like Christmas in Rome and Love on Safari. She is most famously known for playing the character of Gretchen Wieners in Mean Girls.

Tyler Hynes plays the character of Owen, who is Chelsea’s love interest in the film. Like Chabert, Hynes has been working with Hallmark for quite some time now. It’s Christmas Eve; The Mistletoe Secret has been a couple of films in which he has starred in. He has worked in UnREAL and Letterkenny and is known for his roles in those shows. The film will also star Chris W. Cook, Sage Kitchen, Bud Klasky, Greg Lawson, and Liana Shannon.

The film was shot in Vail, Colorado, as well as Calgary, Alberta, Canada. Here are some photos from the shoot:

Filming in Calgary. I can’t get over the beauty here. ❄️🙌🏻