After all these years, Warner Bros. is officially arriving with a big-budget Mortal Kombat movie for the fans of the game, and the movie is set to go all out with the aspects the video-game is popularly known for. Mortal Kombat will be all-out R-rated with a whole lot of violence, a whole lot of blood, and a whole lot of action for sure and guaranteed. The last good Mortal Kombat movie we saw was the 1995 version of Mortal Kombat, which was decent enough, followed by some not-so-good sequels, with Mortal Kombat: Annihilation being the last. Now that franchise movies and superhero genres are considered prominent; a new reboot could thrive and be succesful.

Mortal Kombat (2021), directed by Simon McQuoid, will follow the adventure of an MMA fighter Cole Young played by Lewis Tan who teams up with the strongest martial arts fighters on the earth called the “Champions of the earth” to fight against the intergalactic enemies arriving from the space. Recently in an interview, Lewis Tan talked about the new character of Cole Young getting introduced in the upcoming reboot of the movie inspired by the martial arts game and how the story of Young plays out as he meets with classic and iconic characters of the game, which include the likes of Scorpion and sub-zero. Entertainment Weekly also revealed a few first-look images. Here we are presenting all the Entertainment Weekly images as we break down everything Lewis Tan had to share about the upcoming reboot of Mortal Kombat.

So, Lewis Tan, who is set to lead the upcoming Mortal Kombat as a completely new character introduced to the franchise, talked about his character and what we can expect in an interview with Entertainment Weekly. While talking to them, Lewis Tan revealed that his character, as in Cole Young, is set to be in terrible shape, a washed-out MMA Fighter who once was a champion, used to believe in himself but now down on the luck and his career drained down. Tan explained this was an interesting place to start, and along with the journey of Mortal Kombat, Cole will be discovering where he came from and will be introduced to the iconic characters of the video game series with all the traits and elements the fans love them for. 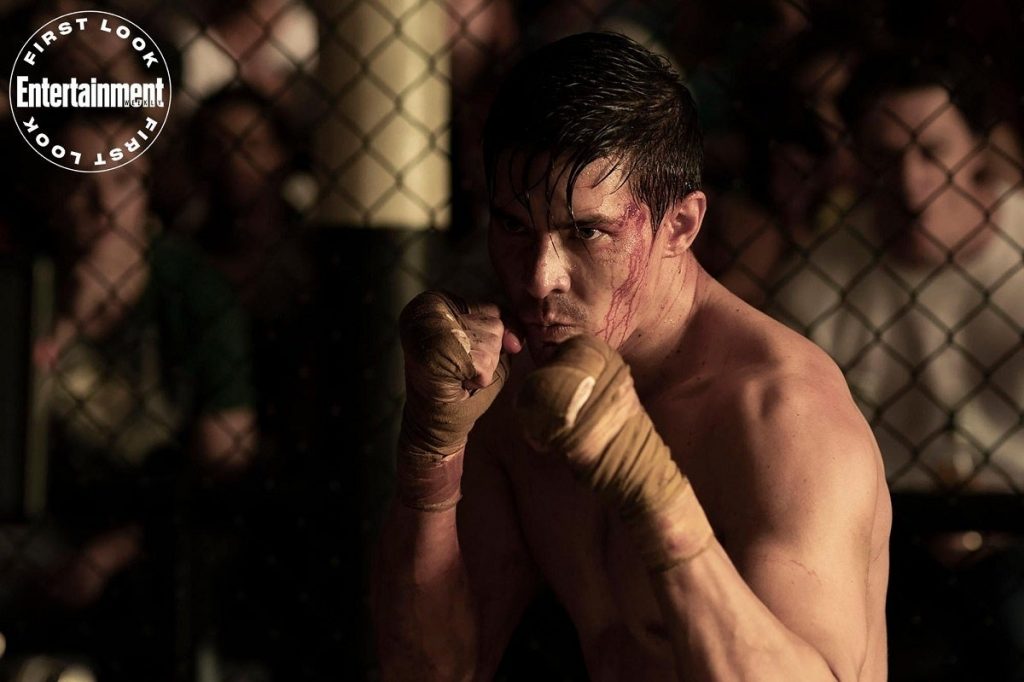 While explaining how Cole will meet these iconic characters, Lewis Tan revealed that Major Jackson “Jax” Briggs, a special forces major who will have the same mark as Cole Young, will urge him to go find Sonya Blade. The blade will guide him to the next part of the journey, where he will meet the thunderous Elder God known as Lord Raiden, who welcomes everyone to his sanctuary, which has his mark.  According to Tan, in the sanctuary, Cole will be introduced to other iconic Mortal Kombat characters, including Liu Kang, Kung Lao, and Kano, as they train for a high-stakes tournament to defeat martial artists from outer space coming to invade the planet.

Entertainment Weekly further asked Tan about what to expect from the new version directed by Mcquoid, which sounds far closer to what games usually are. Tan talked about the rules of rating and told how these ratings convey the amount of blood and red. It’s the interpretation and explained how the studios tried to balance everything right with blood, gore, and fatalities, which all will be part of the upcoming R-rated Mortal Kombat film. 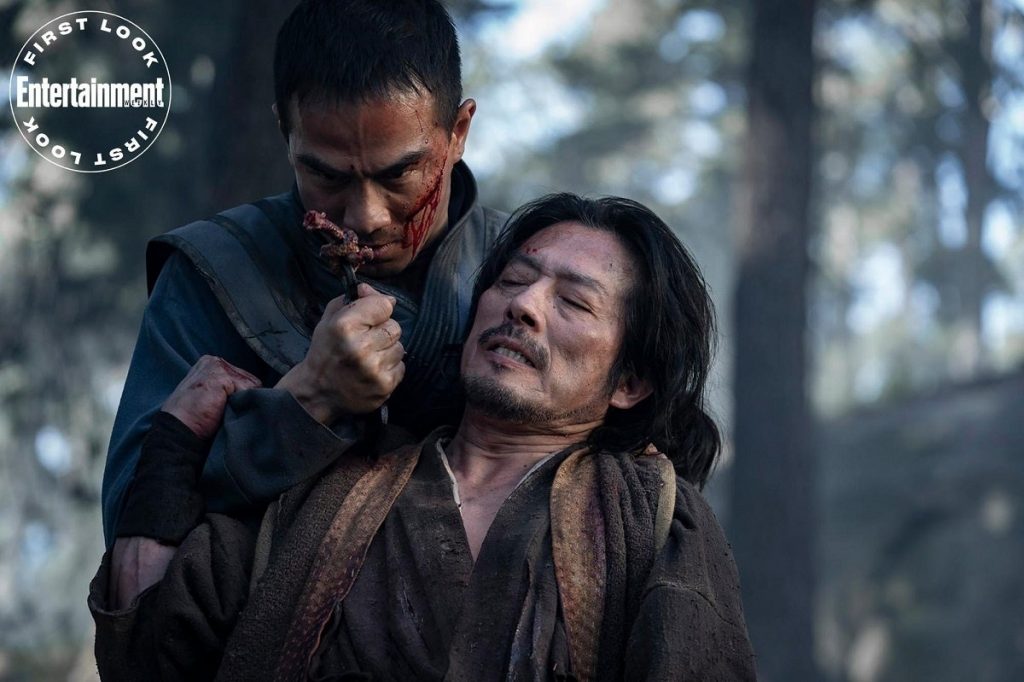 The plot, Cast, Release Date, And More About Mortal Kombat (2021)

Mortal Kombat (2021) is directed by Simon McQuoid, while the screenplay is handled by Greg Russo and Dave Callaham based on a story from Oren Uziel and Russo. The movie is set to be produced by Todd Garner and the master director James Wan known for directing movies like The Conjuring (2013) and Aquaman (2017).

The movie will follow Cole Young, a washed-up MMA Fighter who finds hope when he meets people bearing the same mark as him and assembles to a sanctuary of highly trained martial arts fighters with whom he joins up in a tournament where they are set to battle martial artists from outer space who are on a verge to invade the planet. 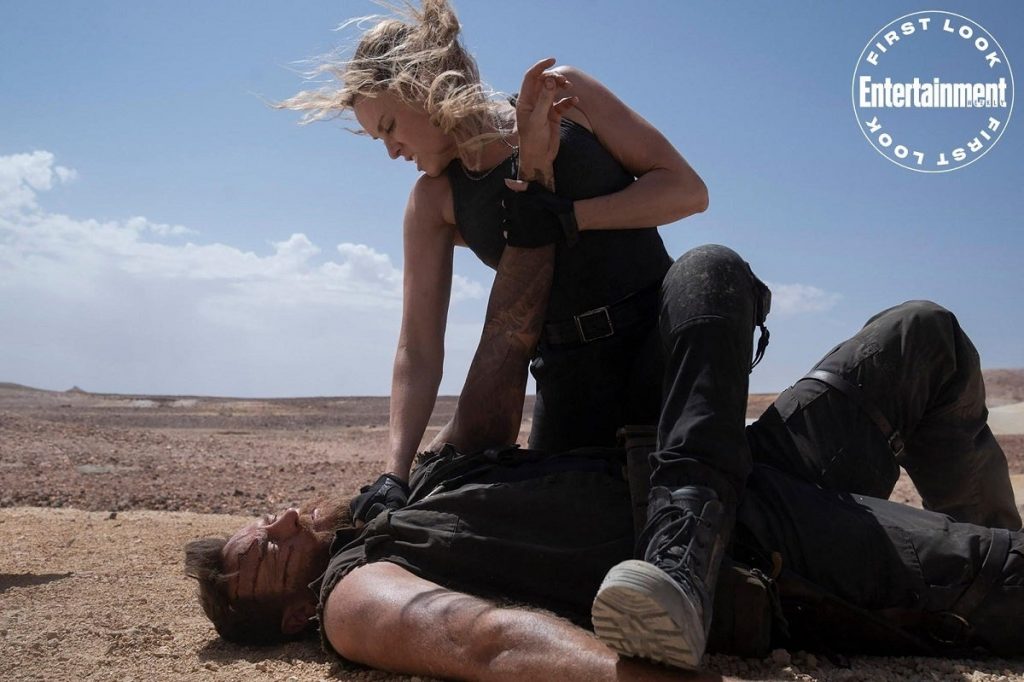 The Cast Of the movie includes Ludi Lin’s likes, known for his role in 2017’s Power Rangers. Here he will be playing the role of Liu Kang, Lewis Tan, who is known for Netflix’s Marvel web series Iron Fist and AMC’s Into the Badlands will be playing the role of the main character, Cole Young here, Joe Taslim will be joining in as Bi-Han also known as Sub-Zero, Packed to the Rafters famed Jessica McNamee in the role of Sonya Blade, along with Tadanobu Asano as Raiden, Mehcad Brooks (Desperate Housewives) as Jackson “Jax” Briggs and Josh Lawson (House Of Lies) as Kano. More cast joined in includes Chin Han’s likes as Shang Tsung, Hiroyuki Sanada as Hanzo Hasashi, also known as the Scorpion, Max Huang as Kung Lao, Sisi Stringer as Mileena, Elissa Cadwell as Nitara, and Daniel Nelson in the role of Kabal.

The movie was originally slated to release last year and had its reshuffling around due to the pandemic. The Warner Bros. studios were planning to release it when the theatres reopened. Still, the movie has finally fit into the studios’ plans, which also include the other movies from the Warner Bros. and Mortal Kombat (2021) is now officially set to release on April 16, 2021, in theatres as well as HBO Max for 30 days. We will keep you updating on everything related to entertainment, movies, TV shows, anime, and gaming, so stay tuned to Otakukart News.

Check Out More Exclusive Images of Mortal Kombat (2021) as released by Entertainment Weekly below :

Read More: The Best Action Movies On Netflix That You Can Watch Right Now!

Read More: The Best Hidden Gems That You Can Watch On Netflix Right Now