Inside Edge Season 3: Cancelled or Renewed? 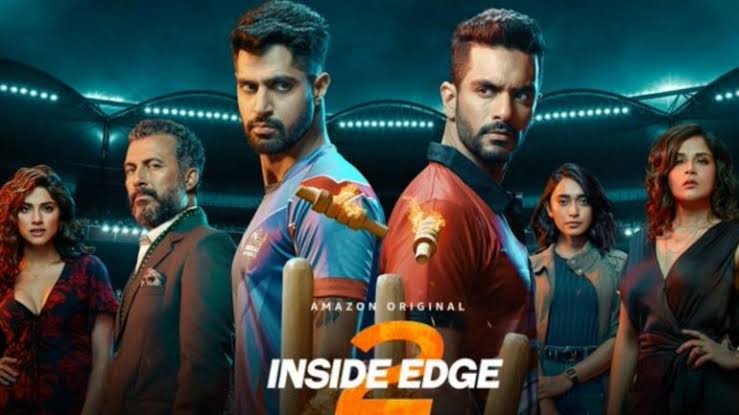 Inside Edge is a web TV series which is created by Karan Anshuman and written alongside Saurav Dey, Ameya Sarda, Niren Bhatt, and Sailesh Ramaswamy. Season one of the show first premiered in July 2017 and it was received well by audience and critics alike. Furthermore, it was nominated for Best Drama series at 46th International Emmy Awards.

As for the plot, it revolves around Mumbai Mavericks, a T20 cricket franchise playing in the Powerplay League. Set in a world of conflicting interests, where selfishness is almost a virtue, money and power go hand in hand. The series shows us the ups and downs in the Powerplay league as the Mumbai Mavericks face ownership problems along with accusations of match-fixing.

The cast of the TV show consists of Vivek Oberoi as Vikrant Dhawan, The owner of one of the world’s leading sports management companies. Aamir Bashir as Bhaisahab/Yashvardhan Patil President of Indian Cricket Board and the founder of The Power Play League. Richa Chadda as Zarina Malik, A fading actress and co-owner of the Mumbai Mavericks. Sapna Pabbi as Mantra Patil,  Co-Owner of Mumbai Mavericks, Daughter of Bhaisahab and Vayu’s Girlfriend.

The second season of the show recently released and yet again was a very good season to watch. Fans of the series now wanted to know when they will be getting a third season. Unfortunately, as of writing this Amazon hasn’t revealed or confirmed whether Inside Edge will be making a comeback but as season two was only just released. This will depend on the viewing figures of the show if the figures are great then we will likely be getting a new season. For now, all we can do is watch.

Amazon has recently ordered Inside Edge season 3, we will keep you posted as we have an update.

When is Inside Edge Season 3 release date?

As the series is recently ordered by Amazon Prime, we will be getting the third season anytime around December 2020.