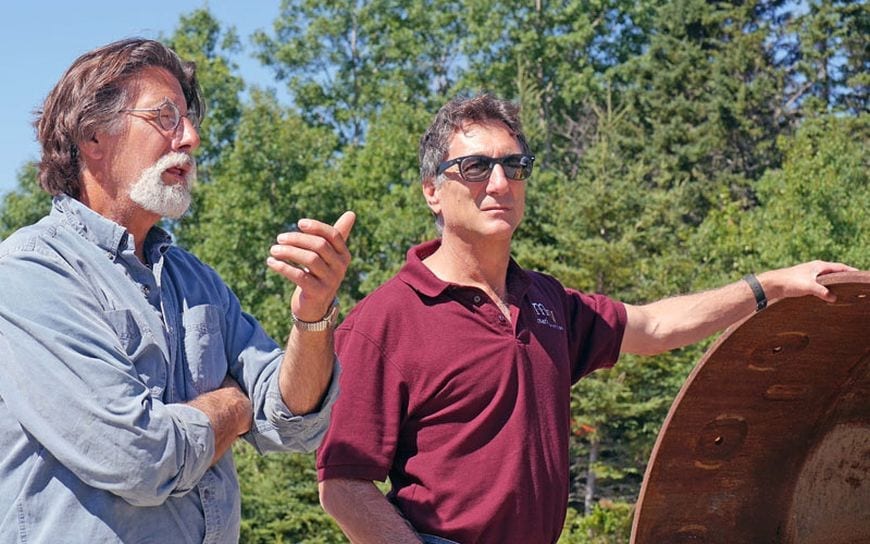 In this post, we are going to talk about The Curse of Oak Island season 6 episode 14 where to watch, and spoilers. But before going on to talk about the upcoming episode, let us talk about the previous episode to do the justice with those who haven’t seen the last episode. But for those who do not want to get spoiled, can move to thepart of this article.

As we know, the team has been finding unique artifacts, and they have been indicating that they are on the right path. Nevertheless, the last episode seemed like they just hit the treasure vault that they have been finding. While exploring at the Smith’s Cove, Lagina brothers found a concrete wall which had two pipes. They tried to know more about the same from Dan, but he could also not say anything precisely.

On the other hand, the team was continuing the excavation where they suddenly felt like they hit something. Soon, they wondered what it might be the legendary chest which they were finding since they started the exploration. They found wood which might be the box containing treasure. Also, they were excited to find out that they might have found the Chapple vault. So, let’s talk more about the next episode ahead!

The show is also available on History app, where viewers need to enter their cable TV subscription details to log in. Additionally, there are several online streaming service providers such as Hulu, Roku, Sling where viewers can watch The Curse of Oak Island by streaming History Channel at the mentioned time.

The next episode is supposed to feature a big revelation at the Money Pit which might end the current research on the island for an unknown period. It is not clear what would be the reason for it. But we will find it out soon as we are just a few days away from the next episode.