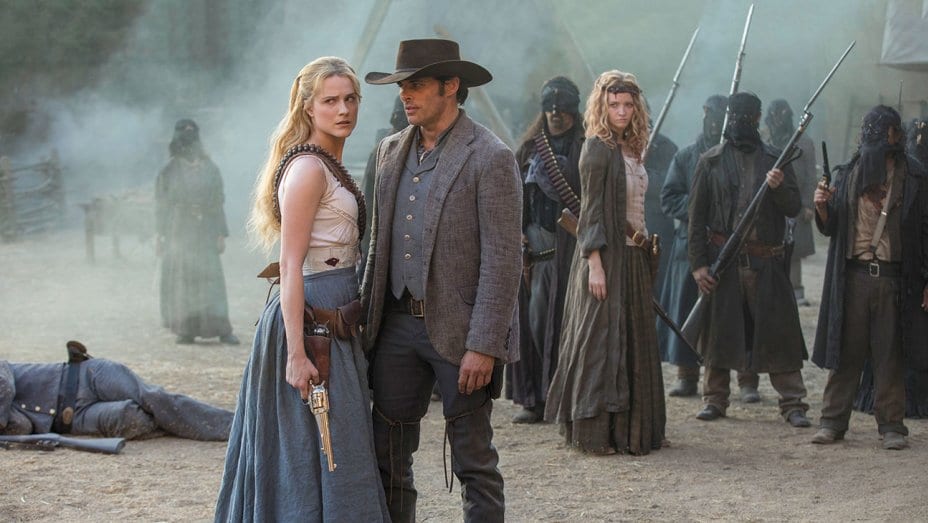 Westworld never ceases to amaze, this Season I hear, we’ll see an entirely new story about how the hosts have now managed to break free of the park. I am going to warn you of spoilers at this point in time. Please don’t read ahead if you wish Season 2 not to be spoiled. At the end of Season 2, we saw Dolores (Evan Rachel Wood/Tess Thompson) walk in the real world and have taken over Hale’s body. Her (Hale’s) death was an epic moment in Westworld as she was killed by someone and something that she actually truly cared for. I mean, the show did leave enough clues to tell us that Hale was dying at the same point in time during Season 2. Her costume was shown similar to that of Dolores. Dolores now has become one huge badass, and she is out there in the world, trying and planning to unleash more of hosts in “Westworld” Season 3.

Dolores will emerge as the biggest villain of Season 3, or the show ever saw. She has everything at her hands like she’s going to take over the entire humanity and wage war against her creators now. With everything at her disposal, especially, the cunningness, resources, and the oldest active host in the show, Dolores is going to be the biggest badass you ever see in “Westworld” Season 3.

The whole concept deals with a threat to humans vs. heroes to the hosts. To humans, Dolores is a major threat. But through the eyes of the other hosts, she’s a hero that would eventually guide them to a new path in life. But then again, as we saw in the past, not every host wants to kill humans. Teddy wasn’t eager to turn against the humans either, as was saw in the past.

The plotline of Season 3 will be conflicting, to say the least. Dolores will be up against those who find resistance from humans. She’ll also be in a tiff with other hosts who don’t want to commit genocide upon the entire world.

Fans have been waiting for the release of the third season for quite a while now, by the looks of it, the fans are in for a treat. Westworld Season 3 is coming sooner than you think.

We now have the spoilers for Westworld season 3 episode 1, which will be aired on 15 March 2020. The episode will feature Dolores building a relationship with Caleb as he moves to neo-Los Angeles and decides to stay there, and learns the way artificial beings are seen in reality as he watches people. Therefore, we are expecting another season premiere to be exciting! Here is the official Tweet featuring the season premiere announcement!

.@WestworldHBO is now powered by Incite – we've done our research and we know your past. Who are you based on your Twitter history?

❤️ this Tweet and we'll analyze your Tweets to find your future, and remind you to tune into the season premiere on Sunday. pic.twitter.com/WaFILGRtrQ