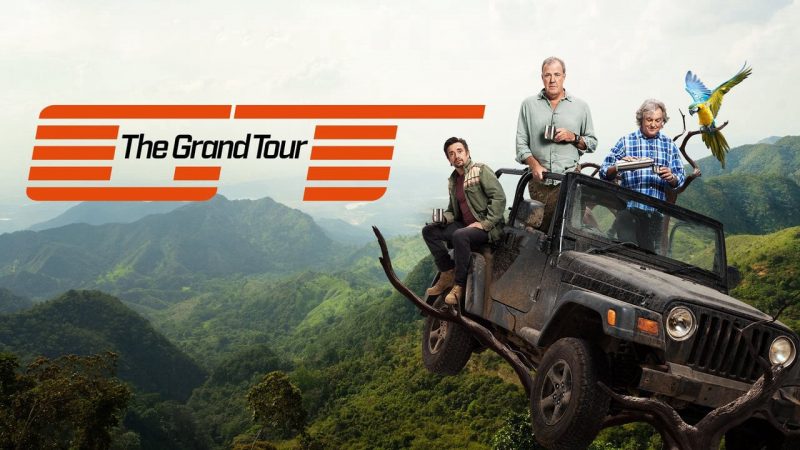 The Grand Tour dropped its first episode of the fourth on 13 December 2019. After that, fans are curious to know what will be coming after that, and that is why it is one of the most trending keywords. However, still, there are not many details available about the topic as there are a lot of rumors spreading across cyberspace. So stay tuned and read till the end as we have some exclusive information to share with you about The Grand Tour season 4 episode 2.

The Grand Tour Season 4 is titled The Grand Tour Presents: Seamen, it is an Amazon series it premiered in December 2019, and unlike its previous seasons, the fourth season will not be releasing episodes on weekly basis, it will be different.

The Grand Tour Season 4 Episode 2 will be released around May 2020. We are already in the spring of updating this post; we should be getting the episode anytime soon!

Recently, we have got anon the second episode of the show, and it confirms that the episode is delayed by Coronavirus COVID-19 outbreak and nothing else. You can check out the Tweet below where Jeremy Clarkson replies that they have another episode almost ready, and they are just waiting for the Coronavirus pandemic to end and that is it.

A major thing that we have got to know is that the show might be having four episodes in the fourth season, as Jeremy has also mentioned that they will work on two more after next release.

When one of his followers tweeted: ‘@Jeremy Clarkson I think now would be a great time to release some new grand tour episodes. ‘I would consider it to be quite possibly the single greatest contribution to all mankind to help us defeat COVID-19! Love your stuff.’

To which Jeremy replied ‘I agree, and one is nearly ready to go.’ We will be finally getting The Grand Tour Season 4 Episode 2, but episode 3 will be getting delayed till further notice.

As we know, a typical season of The Grand Tour has 11 to 14 episodes, but everyone was left surprised when the first episode of the fourth season was released and then there were no details of anything else. However, it is a part of the plan as the fourth season will be shorter although the actual episode count is not yet known.

Many are confused between two to four episodes, but we are more into the four-episode theory, as we also heard the same from Clarkson. However, none of the arguments can be neglected as there is no solid information. Also, the second episode has no confirmed but many are believing that it would be around six months from now.

Thus, it all sums up to the fact that we will have to wait for a few months before we can see the next episode. People are outrageous and are even thinking of opting out of Amazon Prime membership as they subscribed just to see the show. Nonetheless, Amazon Prime has a lot of content, and how can one forget about recently released The Expanse series, which is a masterpiece.