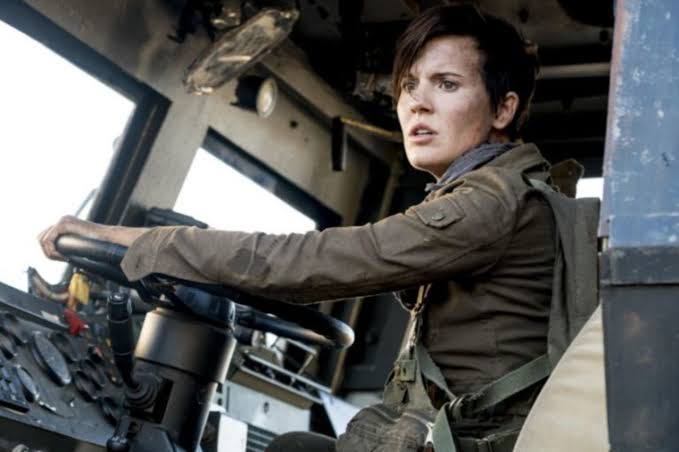 Althea Fear Of The Walking Dead

As you all know that in the new clip from Fear of the Walking Dead Season 5 Episode 5 that Maggie Grace’s Althea finds herself in a bit of a jam. There are only few that know how to find a good as well as inventive uses for zombies than Fear the Walking Dead. Fear of The Walking Dead has a lot of fans now, and they have outdone itself yet again.

After the premiere in which we saw the world’s first game of zombie Red Rover, Fear of Dead season 5 episode 5 “The End of Everything” has seemingly cast a zombie as one of those St. Bernards that is with a helpful barrel on its neck. In that clip, when Althea finds herself in a bit of a pickle as she calls for an unlikely helper. In that clip, she says, “Hey! Hey baldy! Over here, baldy!” Althea says to a follicle-challenged walker as she is tied up in the back of a car.

Althea has been missing from the story for quite some time now and “The End of Everything” will finally fill the blanks on her story. The episode description reads “Althea chases a story with dogged determination, putting the mission, and her life in danger.” That’s a lot of determination, and she doesn’t even care she is retrained in the back seat of an abandoned van. But fans don’t need to worry about it as Althea is a very skilled survivor.

It is proved her using a zombie as a tool to escape is genuinely an ingenious one. That Zombie wants to eat her face, and she wants the barbed wire wrapped around its body to cut herself loose. This goes well for Althea as she succeeds in her task, but for the Zombie it ends badly as Baldy meets his end at the hands of a slamming car door. We will be finding it all out very soon when Fear the Walking Dead season 5 episode 5 “The End of Everything” premieres at 9 p.m on 30 June.