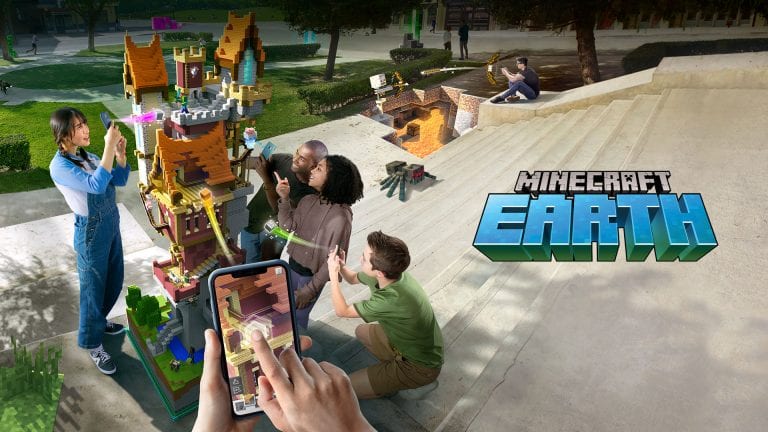 The 2019 WWDC was very interesting as well as exciting event not only because of the iOS 13 and macOS Catalina but also for the reveal of Minecraft Earth. This Minecraft is following the footsteps of the popular Pokemon Go. What I mean by this is that Minecraft Earth is a GPS-based AR game that encourages gamers to leave the house and explore the real world, collecting cool Minecraft items along the way. And it looks like Minecraft Earth beta will be launching later this summer. Microsoft has revealed that it will be releasing in the beta first in this year’s summer in some unknown region.

Moreover, the company confirmed that this game would be released in five cities in the beginning, and most of them will be the cities that are in the US. Amongst these five cities, only one is outside the US, and some reports say that it might be New Zealand. But, even though this is just for five cities but still sign up for the beta via the Minecraft Earth website in the meantime. This game will be available both on iOS and Android. You will need an Android device that is running Android 7 or later, or an iOS device running iOS 10 or later is required to play it.

As for the gameplay details, there isn’t much revealed about it in the trailer, but Microsoft did outline some gameplay details about this exciting mobile game. The company said that the player would come across small clusters of blocks, chests, mobs called Tappables as the player is wandering around. This allows you to collect bricks and other Minecraft staples to create your own voxel-based AR creations eventually. Moreover, you the player will be able to blow up will be ready to blow these worlds up, allowing you to play in life-size AR. Also, while wonder you will come across skeletons or you might step over diamonds as you explore the world.

You will gain experience as you progress through this world and also level up. The things that you will unlock is still unknown, but these types of things are welcome in a game like this. Minecraft Earth will come with a range of vanilla Minecraft mobs, and there will be some new mobs coming to this mobile game. On top of all this, your creation will be showcased to anybody using Minecraft Earth, which in itself is amazing. Microsoft said that the game is optimized for multiplayer social experiences and anybody with the app installed on their phone will be able to join your session. Minecraft Earth might be releasing at the end of this year. Moreover, this game is completely free to download and play, and there won’t be any loot boxes present either.