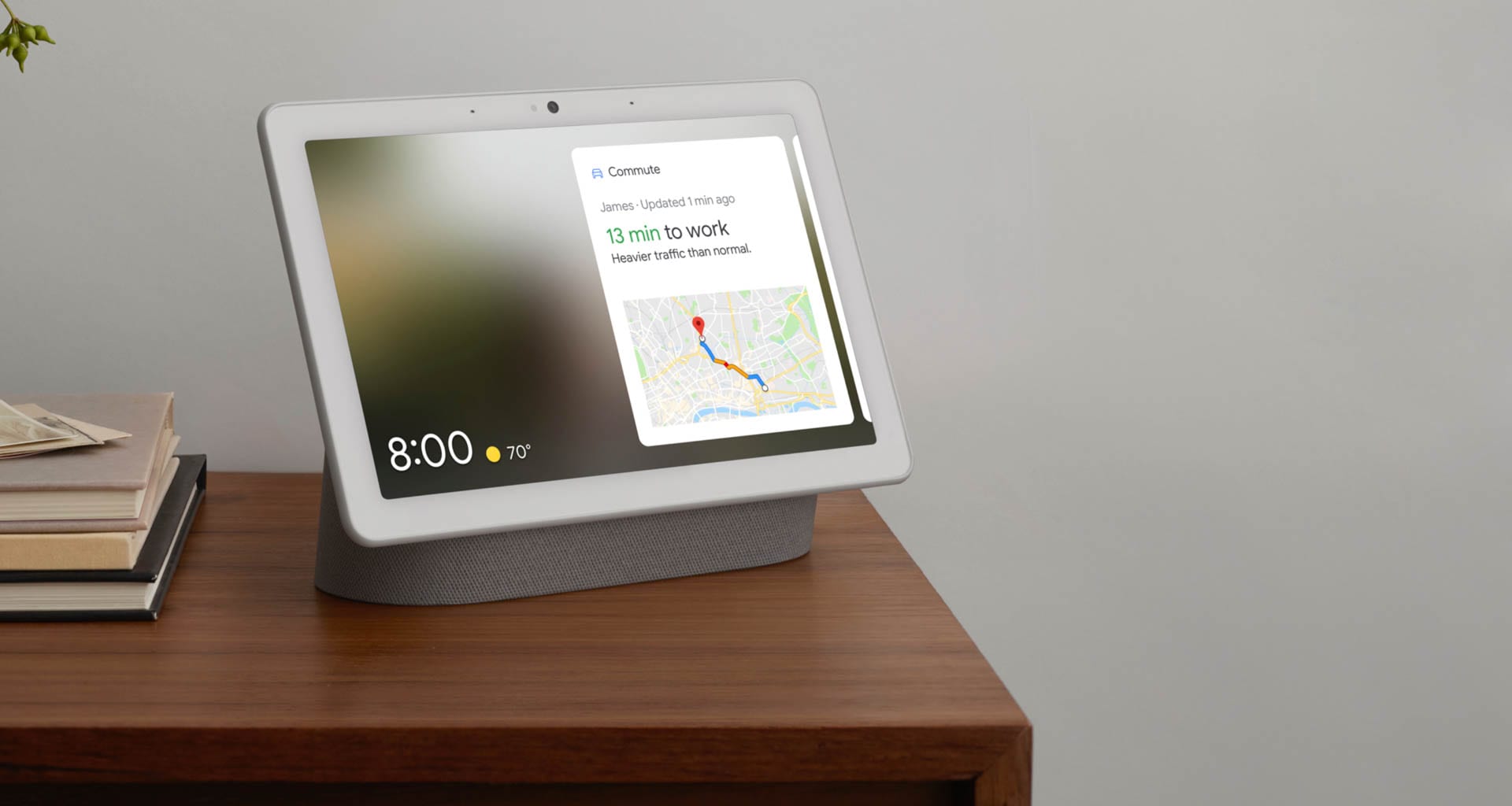 Google will be launching a new smart home hub, which is called as Google Nest Hub Max. This is the first smart home product which has a camera from which you can make video calls. It looks a tablet and works like smart speakers such as Amazon Echo. This was revealed to us after a year when Google merged its two smart home hardware teams: Google Home and Nest. The company bought Nest for $3.2 billion in 2014 bit they allowed the division to remain more or less its entity until early 2018.

This product is in the Google Home line, which the company and they are calling it Google Nest. The Nest Hub Max is a smart speaker which allows you to control connected smart home devices and comes with a display and camera. It possesses a 10-inch HD screen which looks like a tablet in landscape orientation that’s propped up on a base. The base contains a speaker; the top of the device is a camera and microphones.

With the merging of Google Home and Nest, the new device has unique uses which are mostly related to the camera. If you didn’t know, the major selling Nest products were there a Nest Cam, which is an indoor security camera. The person can check in on their home by pulling up a feed of the camera’s view from your smartphone or tablet and can also set it up to detect motion and alert you via a push notification. Moreover, with their other products, you can train the camera to recognize people by their face.

This facial recognition feature allows the Nest Hub Max to detect when you are in the room, and then it gives you information that you need. With this Camera, you can make two-way video calls over Google Duo and also send/receive video messages at the same time. As for the price, Google Nest Hub Max has a list price of $229, in the UK its price is £219, as for Australia its price is AUS $349. You can choose the color of the base, which is either chalk or charcoal. The front bezel is white either way. As for the update, the company said that this product would start shipping sometime between June and September. You can’t pre-order it for now. Those of you who want to buy the Nest Hub Max in the U.S., do it from the Google Store, Best Buy, Target, Home Depot, and other retailers.