It has been nearly 10 years since Zombieland was released and when this movie was released, it was well-received by the audience because of its comedy and its loveable characters. Ever since that time, the fans have been waiting for its next installment. Now that all changes as our prayers for the sequel of Zombieland have been answered. It was announced recently that there will be another movie and it will be called as Zombieland: Double Tap which will be releasing in theaters this fall.

The cherry on top of this is that Sony has revealed the first trailer for the new movie on Thursday ahead of the debut of Once Upon a Time in Hollywood. This movie brings back the entire original crew that was in the first film as well as has some new faces. Woody Harrelson, Emma Stone, Jesse Eisenberg, and Abigail Breslin are all back to continuing the story of their characters in the zombie apocalypse. As for the new cast members, it consists of Zoey Deutch, Rosario Dawson, Luke Wilson, and Thomas Middleditch.

It has been directed by Director Ruben Fleischer, on the other hand, the writers of this movie are Rhett Reese and Paul Wernick. Moreover, the poster for the movie has also been shown which you can check out down below. At the beginning of the trailer, we saw our groups fighting and making their way towards Washington, D.C. to take up residency in the White House, taking their family to even bigger and bolder heights. 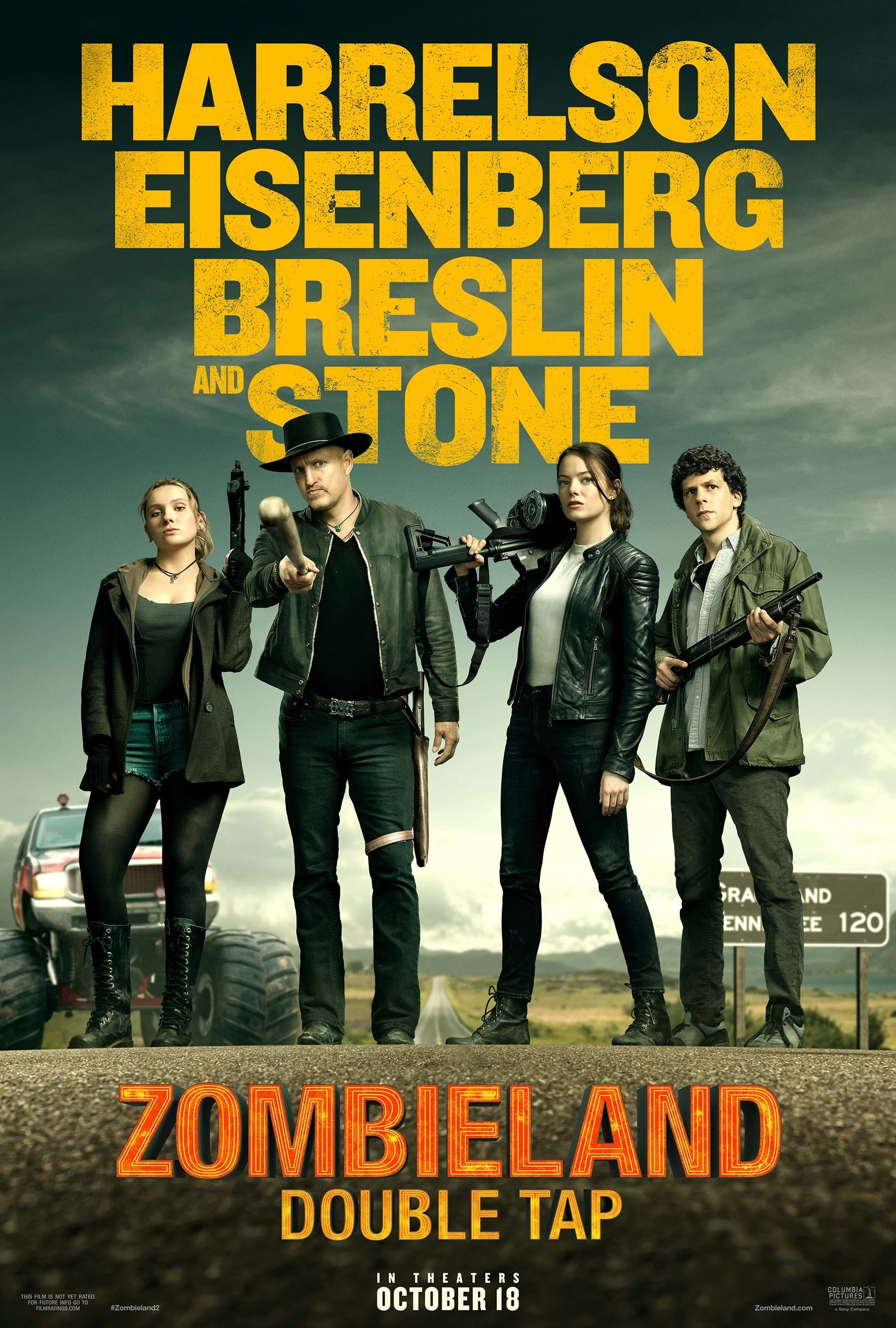 It was told by Fleischer in an interview “We find our heroes from the last movie ten years later, as they’re just moving into the White House,” He further added “Tallahassee has a saying, ‘Go big, or go home.’ They kind of took it to heart and went for kind of the biggest and best home they could find.”

Moreover, it was revealed that this sequel will feature an evolution of the zombies roaming the world, presenting new dangers and challenges for the heroes. Fleischer added, “In the 10 years since the first movie, zombies have evolved into different types of zombies.” He also said, “The one that’s causing the big threat is the T-800 zombies, that are stronger, faster, harder to kill.” Zombieland Double Tap will be released on 11 October 2019 in the US and on 18 October 2019 in the UK.