10 Most Popular Siblings Pairs In Anime and Manga

Anime sibling duos are often popular among fans, and today we are going to be talking about the very same thing. Siblings are the greatest gift for us as well as for the Protagonist of the anime series. We have ten pairs of Siblings from ten different anime series; we encourage you to comment below if we missed out on any of your favorite sibling pairs. 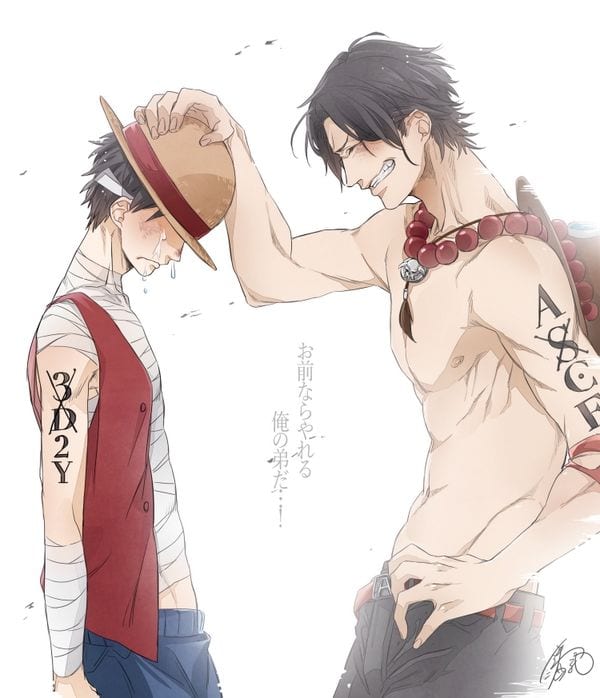 Monkey D. Luffy has always had big shoes to fill, especially with his older adopted brother being the son of a former Pirate King. When they were young, Ace wasn’t so friendly to Luffy, but eventually, the two warmed up to each other and formed a strong bond that lasted throughout the series. Even though Luffy found himself caught up in turmoil resulting from Ace’s true lineage, their love still carries Luffy on his adventure to find the One Piece. 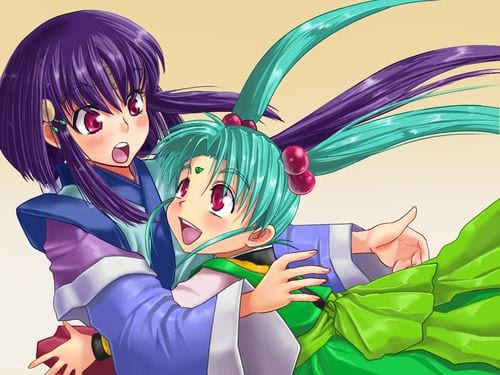 These sisters are princesses from the planet of Jurai, but due to extreme circumstances find themselves living in the household of the title character Tenchi as with other alien girls. Ayeka is a well-mannered princess who is in love with Tenchi, while her younger sister is the most responsible member of the family and group as a whole. In between normal life and space traveling adventures, these sisters helped keep the family dynamic intact, keeping everyone together. 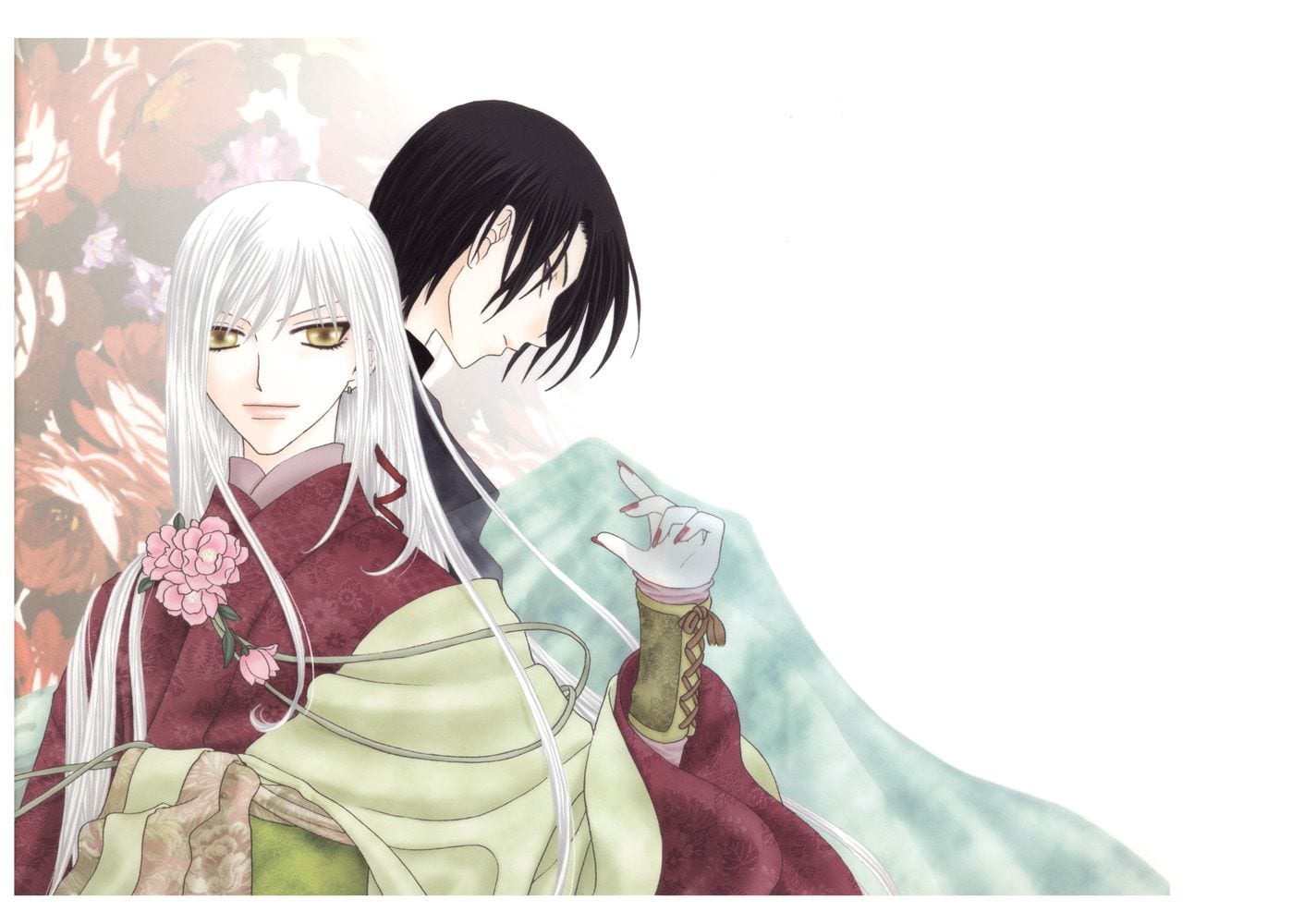 The Sohmas are a family who is cursed with turning into animals from the Chinese Zodiac, with these two brothers representing the Snake and the Rat, respectively. Their personalities are completely different from the younger brother Yuki being more reserved and Ayame being highly flamboyant. Because Yuki had health problems as a child, Ayame ignored him, and a rift grew between them, however as they got older, Ayame tries to repair their relationship. Although it takes a bit of work, he is able to close the gap between them. 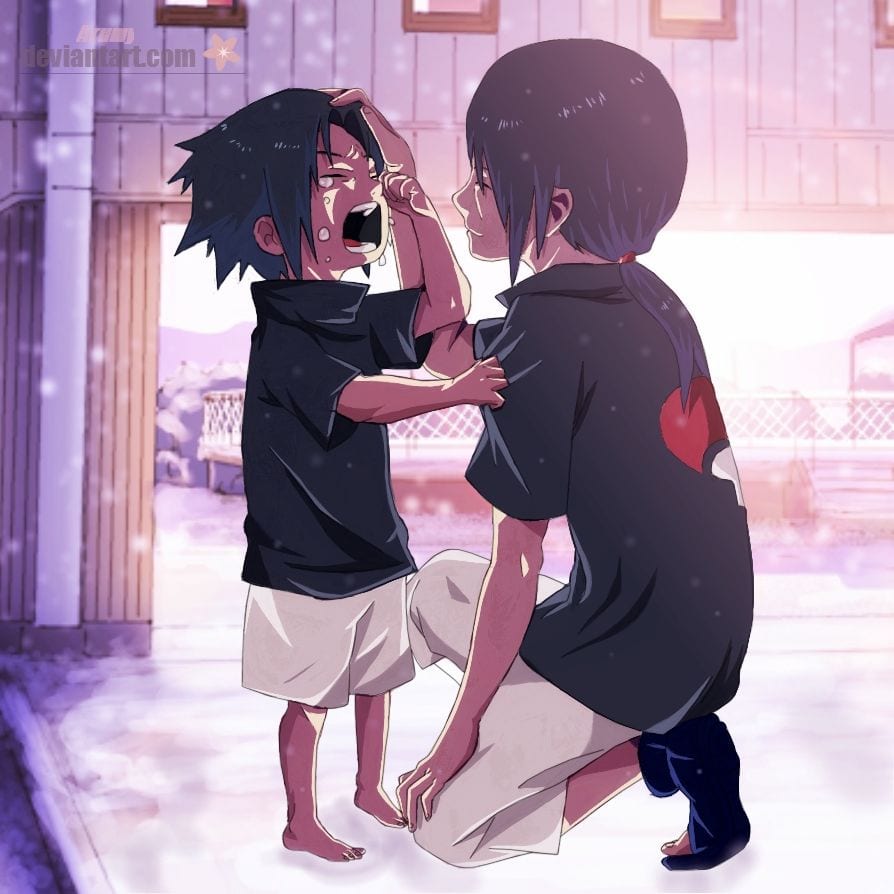 Sasuke grew up without his family because his older brother Itachi killed everyone else in their clan. Not knowing the reason Sasuke dedicated his life to killing his brother, even turning his back on his village and friends. As it turns out, Itachi did this to save his brother, as the Uchiha clan were traveling down a path of self-destruction that would have dragged Sasuke down with it. He became a pariah and waited for the day when Sasuke would surpass and kill him to atone for his actions. Maybe next time you guys could just talk things out? No? Right… Anime. 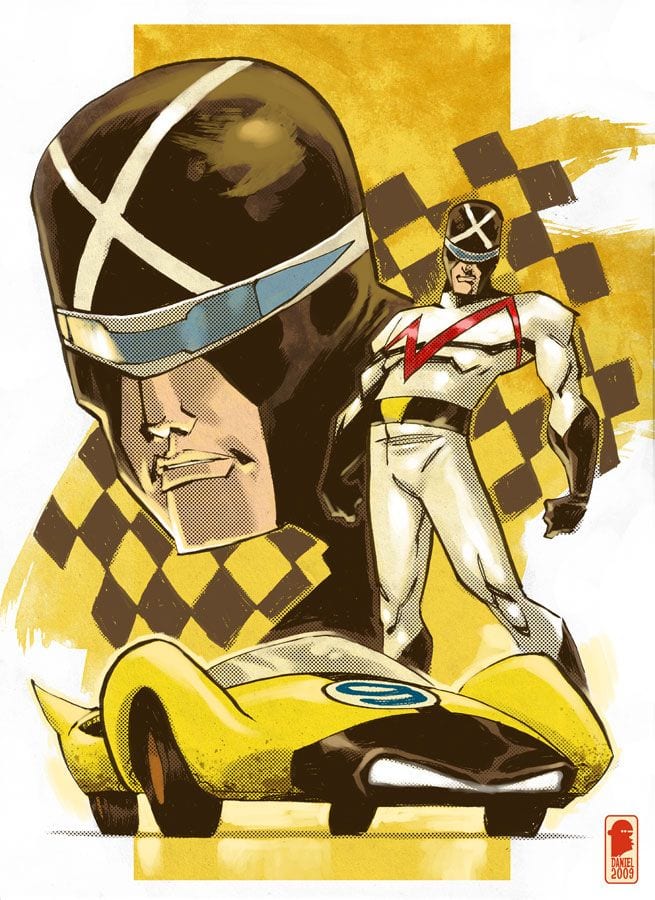 Racing is dangerous enough without having to deal with the aggressive drivers and evil masterminds that Speed Racer has to deal with on a regular basis. Good thing Speed has his brother Rex looking after him under the guise of the mysterious Racer X. Despite being one of the best racers, Racer X willingly gives up wins to help his brother out. Due to his actions, Speed Racer suspects that Racer X could be his older brother, but he is never entirely sure. 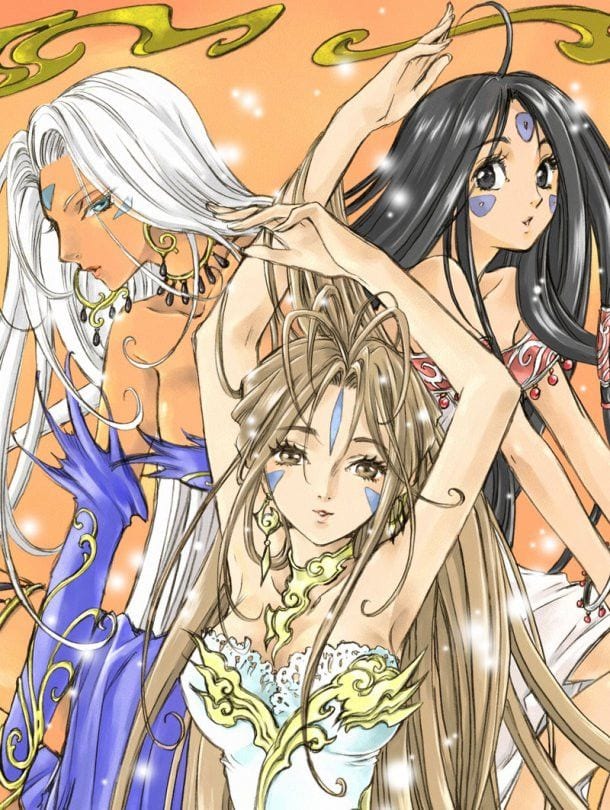 When Keichi Morisato asked the beautiful goddess Belldandy to be his girlfriend, he didn’t know that they would soon be joined by her troublesome sisters; the inventor Skuld and the self-proclaimed goddess of love Urd. While Belldandy is quiet and reserved, her sisters like to cause trouble with Skuld’s inventions or Urd’s “love” potions placing Keichi and Belldandy in wacky situations. Even with their conflicting personalities, these sisters are inseparable and have fought demons and the forces of heaven just to stay together. 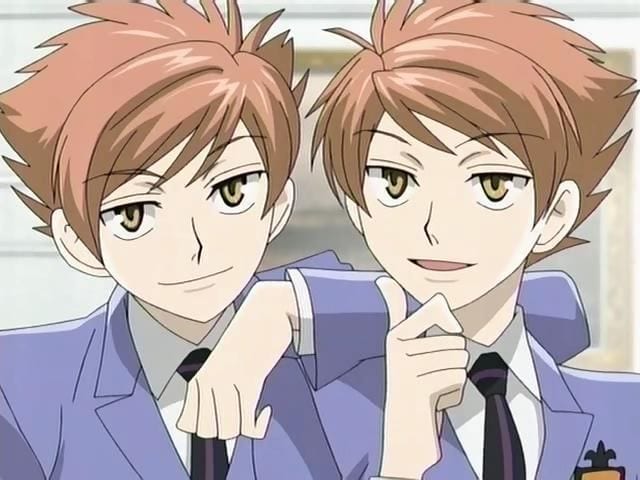 These twins brothers are members of their school’s host club, a cafe where male students entertain female clients by playing out various fantasy roles like the pretty boy or the silent type. Hikaru and Kaoru play the parts of twin brothers who suggestively play the twincest angle in a way that makes their clients fawn over them. They are also a bit mischievous with love for playing games, including one where they make characters guess which twin is which. Go on guess we bet you can’t figure it out. 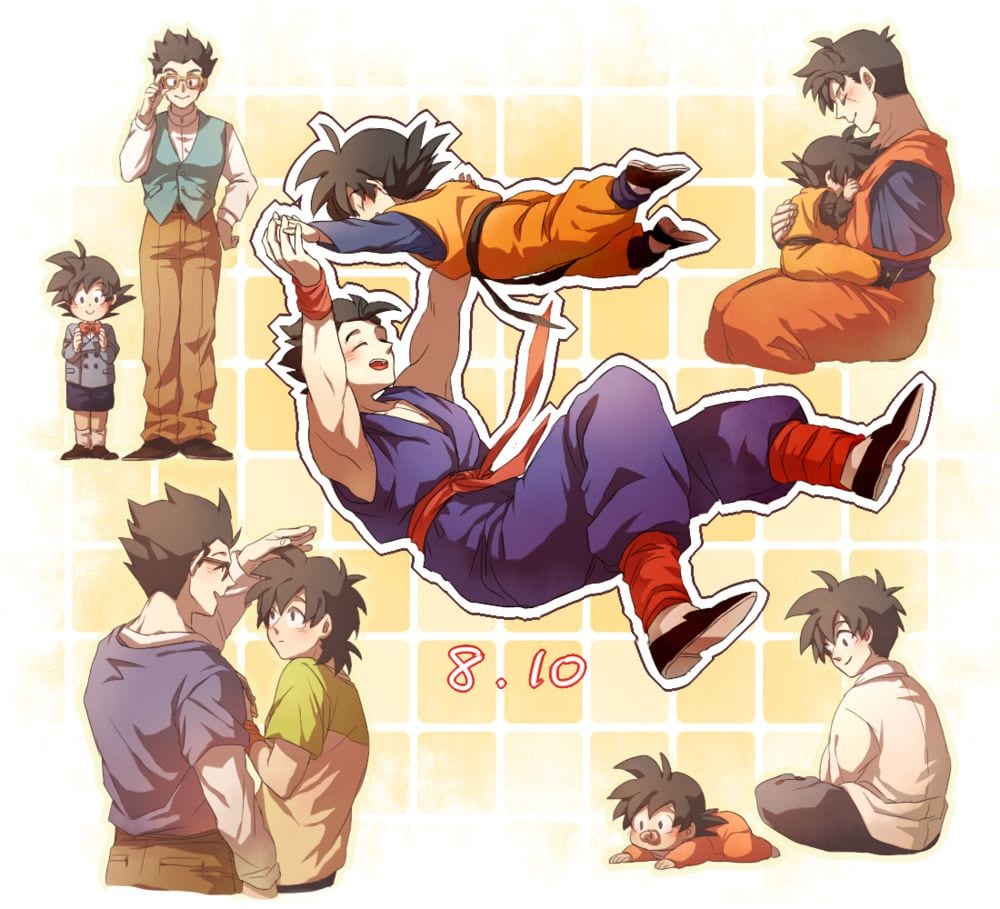 It’s hard growing up without a father, especially when he blew himself up in an attempt to save the world. Fortunately for Goten, he had his older brother Gohan to look after him. With the world in a rare state of peace, Gohan and Goten were able to grow up together like normal brothers, except they have superpowers. Gohan even taught his little brother how to fight and fly. If only we could all have Gohan as an older brother to teach us how to fly. 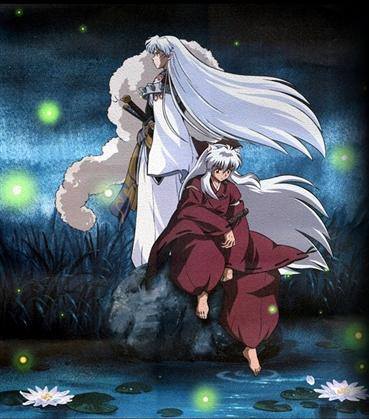 InuYasha and Sesshomaru are demonic half-brothers who are always trying to one-up each other, whether it’s against each other or taking out powerful enemies. Each was granted a legendary sword by their father, with InuYasha being given the Tetsusaiga, a powerful and destructive sword. Sesshomaru believes that his brother doesn’t deserve the blade and tries to defeat him and take his sword. On occasion, they have been forced to team up to protect their friends, but afterward, they usually go back to trying to prove their dominance. 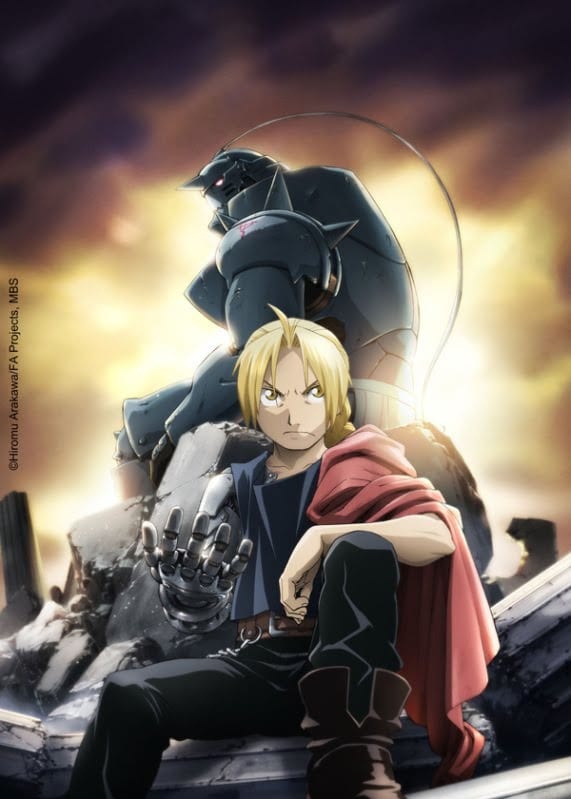 When Edward and Alphonse’s mother died, they tried to bring her back from the dead, which resulted in Ed losing an arm and leg and Al having his soul trapped in a metal body. Together they now seek the Philosophers Stone, which can return them to normal. Joining forces with other state alchemists, they fight off the evil Homunculi and other baddies, all in hopes of finding this mysterious stone. These two have crawled through hell and back, and nothing – not revenge, justice, or duty – matters more to them than each other.

One Piece Filler Guide – All One Piece Anime Filler List