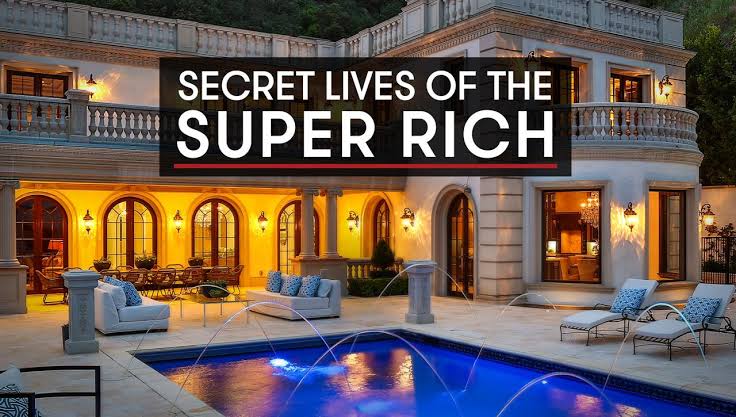 Secret Lives of The Super Rich

Secret Lives of the Super Rich is a reality – documentary series which is premiered on CNBC. As the title suggests, the show features extremely rich people and provides an insight into their extremely rich lives, which includes the vivid description of posh homes, gold-plated mansions, cars, and race-tracks. The show is a must-watch for those who like to humor one’s whims and enjoy a grand lifestyle.

The viewers are able to witness extraordinary living in their normal lives and relish the excesses in the lives of the super-rich.

What are Secret Lives of The Super Rich Plot?

The series begins with the host giving us a tour of the largest home in America, which is best described as $150,000,000 worth mansion. We get a look at the underground cabin that is built to survive even the greatest of epidemics.

The following episodes feature the life and style of Colin Cowie, a celebrity party planner, who is racing to complete a grand wedding of a mega-rich groom and his bride. The party planner is also associated with the Playboy.

In one of the episodes, the hosts try to bring us on tour to an extravagant mansion painted with 18K gold. The tour also shows us how such ‘filthy’ rich people shop in the market.

The viewers are also able to see real historical bones, a single room worth $2.5 million, a gigantic ship that carries multiple yachts, a home built just for cars, a $2.6 million watch, and much more in the posh tours to elegant lives of ‘great’ men.

Who is in Secret Lives of the Super Rich Cast?

The host of the show is Robert Frank. He is an award-winning journalist and the wealth reporter at CNBC. He is also the author of the best-selling novel, Richistan.

He has his individual style of presentation, which includes introducing Richie Rich’s subject’s profile in an informative way with an appreciative style rather than being overexcited about the richness.

The show also features Aaron Kirman, who is one of the highest producing real estate agents in California. He has represented stars like Rihanna, Nicki Minaj, and others in Real Estate transactions.

When is Secret Lives of The Super Rich Season 8 update?

The Season 8 of The Secret Lives of The Super Rich is slated to premiere in April 2020 on CNBC. Follow more articles on Otakukart for the latest updates.