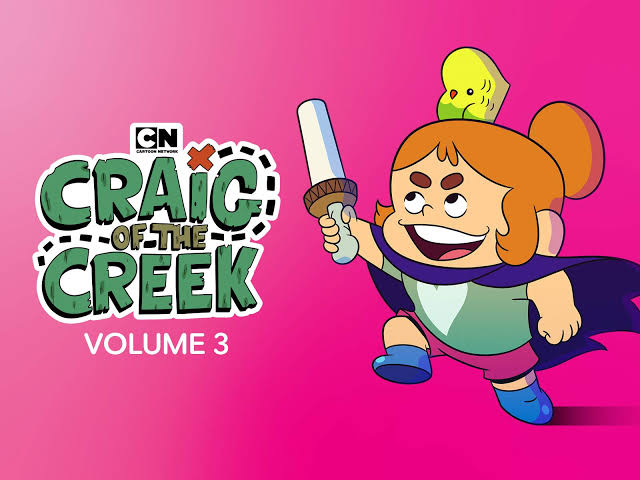 Craig of the Creek

The American animated series, Craig of the Creek is a kid-friendly hit original series that is telecasted on Cartoon Network. The series is also streamed online through Cartoon Network Application. The series made its official debut on Teletoon (Canada) on 3rd May 2018.

The series is celebrated for trio characters with their creative and imaginative escapades. The series has spurred excitement among all and sundry receiving huge acclaims for it’s the power of imagination. The series has been successfully able to tap emotion and nostalgia and connect its viewers with relatable characters and universal storylines.

The show is created by Matt Burnett and Ben Levin. They have worked earlier with prestigious projects like Level Up and Steven Universe. The series is distributed by one and only Warner Bros. The animated show is composed by Jeff Rosenstock.

What is Craig of the Creek Season 3 Plot?

The series is set in a fictional suburban DC area of Herkleston, Maryland. It revolves around the boy named Craig Williams along with two others- Kelsey Bern and John Paul “J.P.” Mercer and their comical journeys at their neighborhood creek.

The series helps the viewers transform everyday afternoons into amazing expeditions through imaginative play. The show explores many adventures in the titular creek and is described as a kid utopia of untamed wilderness. The children in such a utopia reign over tree forts and dirt bike ramps.

The series comprises episodes with eleven-minute runtime. It has been highly rated by the critics for it’s “positive inclusion of minorities”. The show has earned the prestigious Emmy Animated Award for excellent production. Other directors of the show include Stu Livingston and Eddy Houchins.

Who is Craig of the Creek Season 3 Cast?

The series runs on animation and thus requires a crew of competent voice-artists to rule the hearts of the budding viewers. Among the leading characters of the series include Craig Williams who is a nine-year-old boy and enjoys playing a creek with friends. He is a natural leader and carries homemade staff and satchel. He also takes the role of Cartographer. The voice-artist behind Craig is Philip Solomon.

Another lead character of the series is Kelsey Pokoly. She is a ginger-haired eight-year-old girl. She is one of Craig’s friends and always wears a purple cap. She has a falcon pet in her possession and is proud of a homemade PVC pipe sword. She often internally narrates about her life. She is voiced and brought to life by George Kidder.

Another lead character of the series is John Paul “J.P.” Mercer who is a ten-year-old tall boy. He speaks a southern accent and wears an oversized – red hockey jersey. He is seen as imaginative and kind belongs to one of Craig’s close friends. However, he is sometimes bent to injuring herself. His character is voiced and brought to life by H. Michael Croner.

When is Craig of the Creek Season 3 update?

Season 3 of Craig of the Creek is expected to release on Cartoon Network in May 2020 though there is no official word yet. We will keep you posted with the latest developments.