The Boondocks Season 5: Confirmed By The Producers? 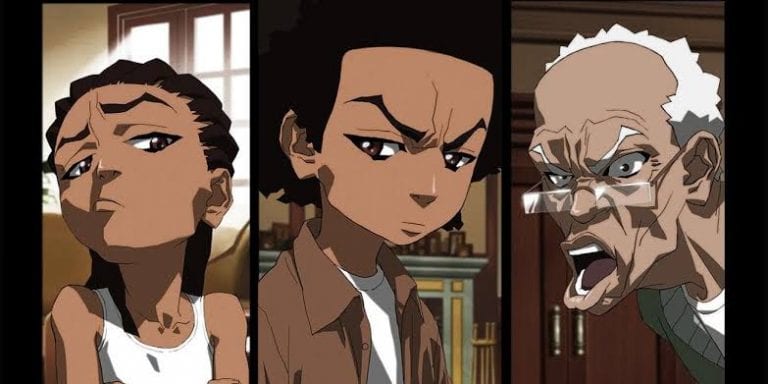 The Boondocks has been off the air for over 5 years now, it last aired with Season 4 in 2014. On June 23, 2014, Episode 10 of The Boondocks aired and it was titled as The New Black. The show deals with the story of Huey and Rile and their granddad namely Robert “Granddad” Freeman. He is the legal guardian of his grandsons, 10-year-old Huey and 8-year-old Rile. The cast of the show includes Regina King as Riley Freeman, John Witherspoon as Robert Jebediah, Gary Anthony Williams as Uncle Ruckus, Cedric Yarbrough as Tom Dubois, Gabby Soleil as Jazmine Dubois, Jill Talley as Sarah Dubois, Kevin Michael Richardson as Martin Luther King.

Aaron McGruder has created The Boondocks and lasts the creator told us the story of how Riley was targeted for using offensive language. This American American adult animation-sitcom airs on Cartoon Network’s late-night block, Adult Swim. The Boondocks has it all, it deals with the many themes of cultures, lifestyles, social classes, stereotypes, viewpoints, and racialized identities and this it becomes a series on satire, comedy, and conflict.

As goes for Season 5 of The Boondocks, the truth is we’ve no way of knowing. There are multiple sources that confirm that The Boondocks ended its run on June 23, 2014. A total of 55 odd episodes were shown to us, spread over the show’s four seasons. The latest season to come out was made without any involvement from McGruder. After McGruder’s zero involvement, we as audiences should be sure that The Boondocks shouldn’t be returning anytime soon.

There was an obvious disagreement between McGruder and his company regarding how to run the show which led to production lag in 2014 for Season 4 and the same contribute to the show’s end. Do not expect Season 5 of The Boondocks if you are looking for one. More as we have it.