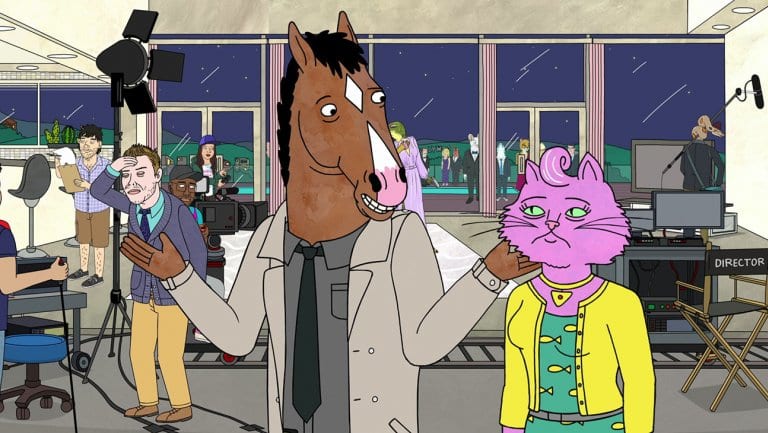 BoJack Horseman Season 6 is coming, and fans of the show are extremely excited about it. Season 5 was pretty good, and the show has transformed into one of the best shows running on Netflix right now, and it has continued to receive good reviews from the audiences, which is why Netflix decided to renew the show for a sixth season one month after Season 5 was released, so apparently there is still lots of the content, and it will be interesting to see what they have in store for us. So, here is everything you need to know about the upcoming BoJack Horseman Season 6.

The official announcement from Netflix read, “Congrats on season 6 BoJack! Don’t eat this all at once. – Netflix.” In the previous season, fans saw BoJack into the rehab and according to the latest reports, BoJack Horseman Season 6 will continue right from where it ended in Season 5 and will focus on the aftermath of the current situation that he is stuck in. Season 6 will also focus on Carolyn with her baby and the wedding of Mr. Peanutbutter.

woooowwwwwwwwwwwwwww lets all forget about the fact that theres going to b a season 6 and focus on this inedible arrangement @netflix sent me just woww pic.twitter.com/7XJyE6Egsu

In an interview with Metro.UK Raphael Bob-Waksburg said that character would face many more rock bottoms and have to struggle his way out of the pit he is currently in.

The cast for the upcoming BoJack Horseman Season 6 includes:

The official update hasn’t been revealed by Netflix yet, however, according to previous seasons’ data, every other season has been released in July to September period. Hence, we can expect the show to return in the same period of 2019, if they follow their own footprints. Moreover, there is little to no details available about the other aspects, such as confirmed new characters or exact release. But we will be sharing more whenever anything solid comes out!