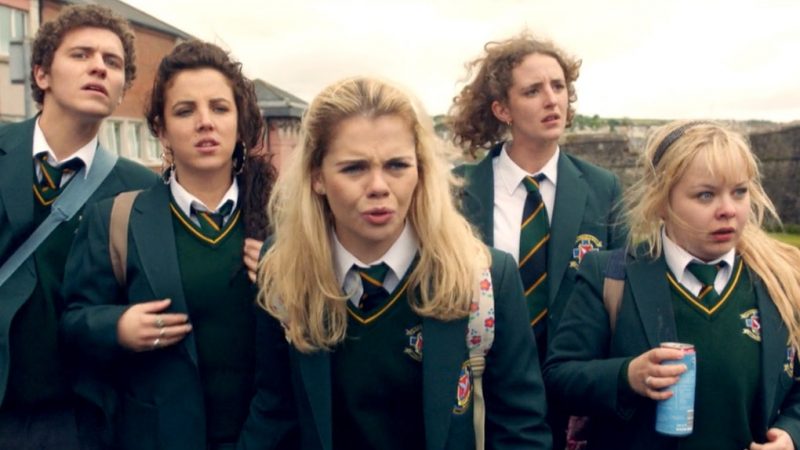 The Irish sitcom series, Derry Girls will be returning with its upcoming third season, and fans of the series are looking forward to what the upcoming season has in store for them. It has only been a few years since the series made its official debut, and in this short span, it has managed to impress fans with its storyline. Season 1 was broadcast on Channel 4 back in 2018, and season 2 concluded in April 2019.

Later, it was officially confirmed that Derry girls had been given a green light for a third season, and fans can’t wait to see it. According to the latest reports, the upcoming third installment will be released this year, and the gang will bring some interesting topics into light. We have gathered all the latest updates and information regarding the show, so here is everything you need to know about the upcoming Derry Girls Season 3.

Produced by Hat Trick Productions, the story is set in the 90s in Derry located in North Ireland, and it follows the lives of Erin and her friends Michelle, Clare, and her cousin James as they explore their life in their teens amidst the troubles in Derry.

The first two seasons featured a total of 6 episodes, and Derry girls Season 3 is expected to follow the same pattern and thus, will likely feature 6 more episodes.

Channel 4’s Director of Programmes announced the renewal, and she was very excited to break the news. The writer Lisa McGee added that she loves writing the show, and she is super thrilled to bring more stories to the series.

When is Derry Girls Season 3 update?

Derry Girls Season 3 will be released on Channel 4 in May 2020. This is if the show follows previous release pattern.