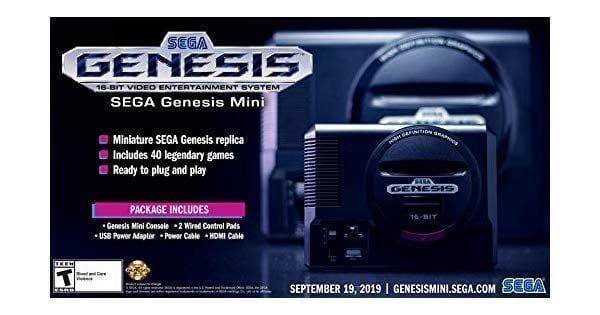 Sega has decided to join the mini war of retro consoles, and they’re doing with their own Sega Genesis Mini. Fans are very excited about it, and big things are expected of this console. In this post, we’ll be talking about all the details of Sega Genesis Mini with you. So, without wasting any more time, let’s get started!

So what do we know about it so far? The important things about the release of the Sega Genesis Mini are already known. We know that it is going to come out on September 19, 2019. So, if you were wondering about when it is that the console is going to come out, keep your eyes fixed on that date. As far as its cost goes, it’ll be available for a cheap price of $79.99. For a retro console, I’d say that’s a decent price. It’s not expensive, but it is also not dirt cheap.

You can also pre-order Sega Genesis Mini if you want to. If you do, there are going to be some reasonable offers in there for you, unlike Sony’s PlayStation Classic deal. The pre-order can be done from Walmart, Amazon, Best Buy, and GameStop.

If you’ve played on Sega before, you probably know that there are tonnes of great games available to play on this console. We’re told that it is going to have 40 games, half of which has already been revealed. Here is the confirmed Sega Genesis Mini games list that we’ve been shown so far: