Call The Midwife has already returned to BBC 1 in 2019 with its 8th season, and in this post, we’ll be talking about everything that we know about Call The Midwife Season 8.

Be warned, this post will contain minor spoilers from the previous seasons, and if you’re not caught up to the series yet, I suggest that you stop reading the post here. With that out of the way, let’s get started. Season 8 will see the story move to Spring 1964, and with the addition of many new characters along with the return of Trixie, the house seems to be full once again. 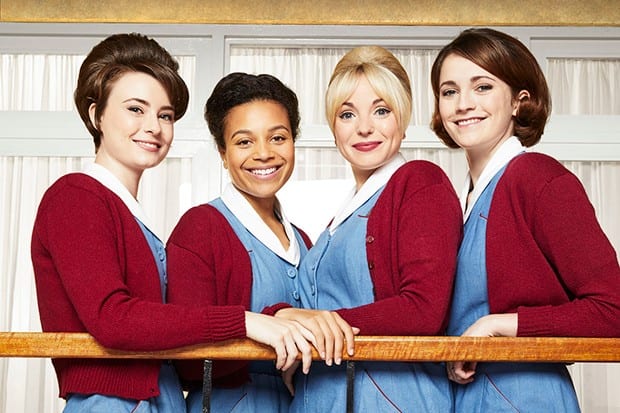 Helen George is expected to return for the upcoming season, and the absence of this character has been felt recently, but they’re set to make a return in Season 8. Alongside, we’ll see these characters returning:

We now have a lot more to talk about the eighth season. First of all, the show has completed its run in the UK, and all we want to know is the US update. American has been waiting for the eighth season, and asking PBS about it. We have been telling you that the show is supposed to return sometime in March 2019, and we were on point!

The show is supposed to air its eighth season in the US from 31 March 2019. Hence, we are just a few days away from the eighth season. Americans would be surely happy to see the season, although they already have come across a lot of spoilers. Also, the first six seasons are available to be watched on Netflix, if you have not watched them yet.