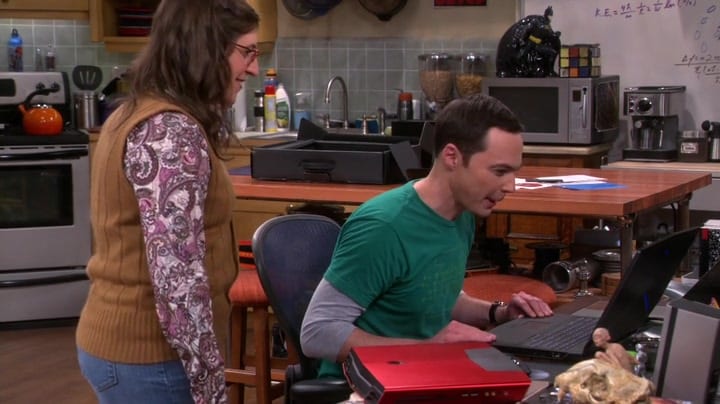 The show is supposed to air its new episode next week, which will be The Big Bang Theory season 12 episode 21. In the article, we will discuss its release details, streaming, and spoilers. The show is supposed to end soon, although it does not mean that it is not entertaining enough. The show is as fun and funny as it has ever been. Firstly, we are going to take a look at what is supposed to happen this week, before going on to talk about the 21st episode.

Koothrapalli will be having crisis this week, as he will claim to have some strong evidence to prove alien life, and he will even complete a research paper on it. However, his main concern is that the people around him including in his field, might not take his claims seriously. More than that, we will see Leonard trying to become the main investigator on a plasma physics research, to show his skills and knowledge. Now, let’s talk more about the 21st episode ahead!

The Big Bang Theory has evolved a lot throughout all the seasons, although the foolishness in the focused people has been the same. Now that the show is into the last season and only has a few hours left, it feels like fans are going to miss the show! The 21st episode is supposed to release on 2 May 2019. The show is broadcasted on CBS channel at 8 PM on Thursdays. The next episode is titled ‘The Plagiarism Schism.’

Moreover, the show is available to be watched on the CBS app online, which you might all be familiar with, or you can even use the CBS website to stream it as well! Moreover, viewers can choose from many streaming platforms such as Hulu and Roku to stream CBS channel at the given time to watch The Big Bang Theory.

The 21st episode, which will air next Thursday, is supposed to feature Amy and Sheldon in a dilemma over Mr. Pemberton’s inclusion in their research, as he would be accused of plagiarism in his college thesis. Furthermore, we will see Wolowitz blushing when he gets to know that not only Bernadette was impressed by him at The Cheesecake Factory.