Cardcaptor Sakura is a manga written by CLAMP. CLAMP is an all-female manga artist group that formed in the mid-1980s. It consists of Nanase Ohkawa and three artists whose roles shift for each series: Mokona, Tsubaki Nekoi, and Satsuki Igarashi. Madhouse produced an anime adaptation in 1998.

The story focuses on Sakura Kinomoto, an elementary school student in Japan who discovers magical powers after accidentally freeing a set of magical cards into the world; she must retrieve the cards to prevent catastrophe.

Cardcaptor Sakura is an anime that brings back so many memories for me. For most of us in our 20s, Cardcaptor Sakura was our first exposure to magical girls and shoujo anime/manga. It is about 10-year-old Sakura Kinomoto and her quest to gather a series of magical cards that she accidentally set loose.

The anime showcases her adventures along with her best friend and cousin Tomoyo Daidouji (who incidentally makes all of Sakura’s gorgeous outfits), Syaoran Li, and guardian of the cards Keroberos (Kero-chan), collecting powerful magical cards called Clow Cards. Each episode has Sakura encountering at least one Clow Card and sealing it, which allows her to gain access to their powers.

It is a 70-episode journey where each episode follows a pattern: Sakura comes in contact with a card, attempts to capture/seal it, and succeeds. There are also developments in character relationships along with comedic gags, which makes the show very light-hearted. This is what made me enjoy the show, though it tends to get repetitive sometimes.

There are a series of magical disturbances occurring, and Sakura works on figuring out what is causing them and how to stop them. New characters are introduced, romantic relations brew, and of course, there are small comedic gags to keep it all light-hearted.

This show is not your conventional magical girl anime. At first glance, it might seem like a bright-eyed, frilly/girly show, but it’s so much more. It focuses on showing various forms of love- familial love, childhood crushes, unrequited love, and true love while maintaining and developing a magical plotline.

It had a strong LGBTQ representation and broke stereotypes. The mangaka (manga author) wished to write a story that “minorities would be comfortable with”, including themes such as same-sex relationships and taboo relationships. 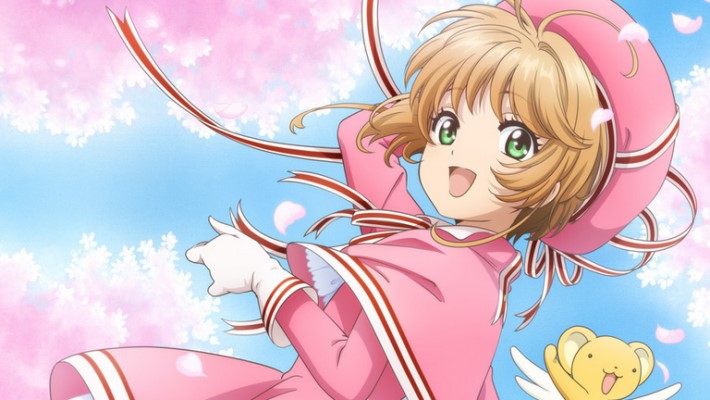 Cardcaptor Sakura made a comeback after 20 years with a 22-episode third season called the Clear Card arc. The hype and excitement levels were high but unfortunately, it failed to live up to it. This arc overemphasizes Sakura and Syaoran’s relationship with cutesy gimmicks. It lacks the subtlety its predecessors had.

The magical plotline almost takes a backseat. Another thing that had me a bit taken aback was the fact that everyone had smartphones and modern-day technology despite this being set in the early 2000s (anachronism). There might be a second season of the Clear Card arc in the future. I’m hoping to see this arc do something differently because so far, it just seems like a modern-day copy of the earlier series.

Having watched all three arcs one after another, the differences were prominent. In my opinion, the ending of episode 70 (season 2) was a perfect closure to the Cardcaptor series. Madhouse should have left this franchise alone after the first two seasons and movies.

Sakura Kinomoto: Our protagonist is a happy-go-lucky, supremely clumsy, loud, and clueless 10-year-old. Within her lies a quiet and growing power that she learns to harness as the show progresses. She always has Keroberos by her side. Created by Clow Reed, Keroberos or Kero-chan is the guardian of the Clow Cards. He is Sakura’s mentor and protector. He guides her on her path of collecting and reclaiming the Clow cards.

Tomoyo Daidouji: Tomoyo is the daughter of a toy tycoon. She is Sakura’s best friend and cousin and has a deep love for Sakura. She designs beautiful clothes for Sakura, gives her all the latest gadgets, and also records all her adventures as a handicapped. Tomoyo’s love is unwavering towards Sakura and only wants what is best for her.

Syaoran Li: He enters the show as a transfer student from Hong Kong. He is also Sakura’s “rival” for collecting the Clow Cards. Over time he realizes his feelings for her but doesn’t know how to confess it (boys smh). 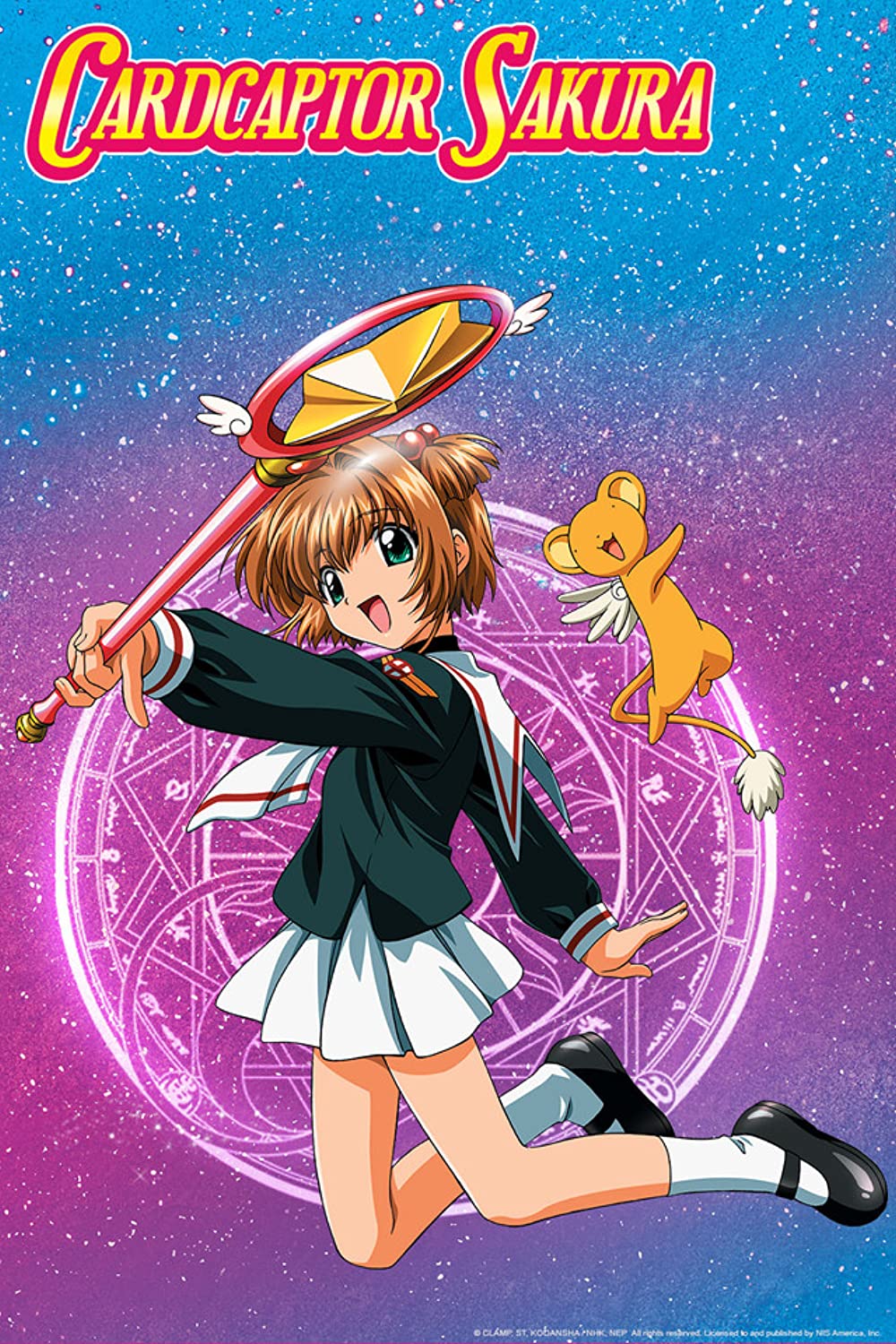 Touya Kinomoto: Sakura’s older brother is a mysterious hard working and caring person. He’s also got great timing. He always manages to be around when Sakura needs him to be, purely “coincidental”. Much like with Tomoyo, Touya’s chemistry with Yukito raised questions in the mind of the viewers (I lowkey ship them).

Yukito Tsukishiro: Doe-eyed boy who plays an important role in Sakura’s life. He is a warm, gentle, kind, talkative, emotional guy. He is Touya’s best friend (or is he?) and also Sakura’s love interest (of sorts).

CLAMP has a very typical 90s art style. The characters have elaborate and dense hair, Females and children have bright round eyes with black pupils. Males have sharp features, slightly slanted eyes, etc. They loved the usage of bright colors.

Cardcaptor Sakura gives off the same old-school 90s vibes. Despite being an anime from 20+ years ago, watching it felt natural. The animation was great for its time.

For me, the Clear Card arc was not so appealing because it didn’t feel the way its predecessors did. The predecessors were old school and vibrant, whereas in clear cards, the color choices were so different, almost pale in comparison.

They have discarded the 90s art style and now have a softer and rounder style. The animation is overall beautiful except for the card transformation, which is 3Desque.

Special mention: Sakura wore new outfits in every episode, unlike your stereotypical manga magic girls. Those were some very kawaii (cute) outfits. So if not for the story, go watch this show for the outfits.