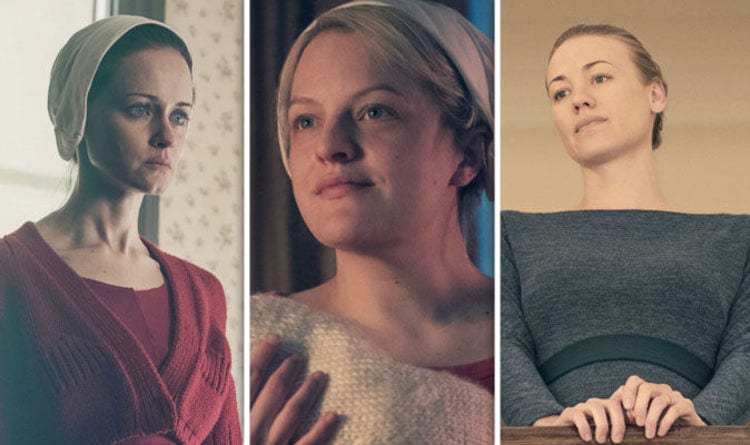 The Handmaid’s Tale just finished airing episode 4 last night, and it was every bit emotionally challenging as ever. Aunt Lydia lost her head in the process, and she beat Janine to the pulp, Nicole was discovered by members of the Gilead and looks like they are coming for her. Please, God, don’t let June’s sacrifice go waste. Luke is in apparent danger while Fred and Serena want to arrange a meeting with Luke to see Caroline. So much has happened in the previous episode, it makes us wonder if this season will end on a happy note at all. The Gilead appears to be stronger than ever, with Chicago took down by it.

Episode 5 comes out on June 19, Wednesday on Hulu. The trailer shows a meeting conducted between the four, June, Lawrence, Serena and Commander Waterford. As Waterford says, he’d like to arrange a visit with Nichole. Serena, who herself gave the baby away, says this will be one last visit to say goodbye. June asks Serena if she does so, what will she get? To which Serena says, “what do you want?”

Later June asks commander Lawrence if Luke is in danger to which he replies they all are. We saw a glimpse of the meeting being arranged in the trailer, and God knows what’s going to happen.

These dynamics make one wonder if the child is brought back to Gilead, as legally the latter sees it as its citizen. Will Gilead takes Nicole by force, or will they use diplomatic means to get her back? Nicole is the daughter of Serena and Waterford, biologically that of June and Nick.

Episode 5 comes on Wednesdays on Hulu on and on Channel 4 at 9 pm.