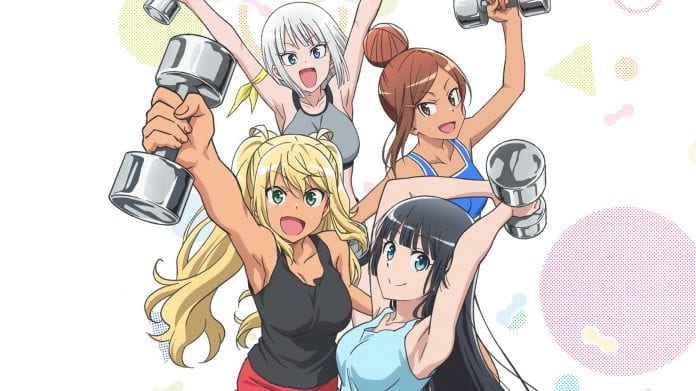 In this episode, we saw that the teachers are getting into the act of exercising and dieting as well as some of the teachers are gaining more and more fat. Satomi joined the gym as well and the first thing she noticed was Hibiki and Akemi having fun while exercising. Then we saw Machio introducing himself to this teacher and Satomi was also revealed to be a cosplayer and interestingly Machio is one as well.

Akemi also convinced Hibiki to follow a certain diet. Later at a cosplay show, Macchio was getting all the attention while Satomi went almost unnoticed. Now, talking about the new episode of How Heavy Are the Dumbbells You Lift? Episode 4 of this new anime is titled “Natsuyasumi ii koto atta?”

Also, if you do not like to read spoilers then stay away from this post. In the new episode, we will first get to see how good or badly Hibiki is following the new diet regime provided to him by Akemi. Also, at the end of the last episode, we saw how confused Satomi looked because she could not grasp which character Machio cosplayed, in the next episode we will be looking into that matter as well.

I think the relationship between Satomi and Machio will become much better starting from How Heavy Are the Dumbbells You Lift? Episode 4.

How Heavy Are the Dumbbells You Lift? Episode 4 Release Date

How Heavy Are the Dumbbells You Lift? episode 4 release date is 22 July 2019. You all can watch this episode on the following networks:
SUN, Tokyo MX, AT-X, and KBS