Princess Eugenie is a prominent part of the British royal family. She was born in Portland Hospital, London, England. Born in March 1990, she is the daughter of Prince Andrew, Duke of York, and Sarah, Duchess of York. As far as the line of succession to the British throne is concerned, she is at the number 9. people are always interested in knowing the whereabouts of the British royal family. Undoubtedly, this family is one of the most influential families in the world. Today, we are going to disclose Princess Eugenia’s net worth.

Unlike her cousins and other relatives, she often stays away from the prying eyes of the media. Nevertheless, recently she shared her views on the Lionesses’ win of the Euro 2022 trophy. Although she is enjoying summertime with her husband, Princess took the time to appreciate England’s women’s football team.

She shared their pictures on her Instagram stories. In addition, the Princess shared her heartfelt message. Her official title since birth is “Her Royal Highness Princess Eugenie of York.” Let’s get to the details of Princess Eugenie’s net worth.

It is estimated that Princess Eugenie’s net worth is around $1 million. This sixth grandchild of Queen Elizabeth II and Prince Philip, Duke of Edinburgh, has been actively working for the benefit of society. There are many instances that proved it. Eugenie’s parents got divorced when she was just a child.

At the tender age of 12, the Princess had to go through back surgery to correct scoliosis. After completing her schooling, Eugenie got enrolled at Newcastle University. Despite being a royal family member, she spent a year in New York City to work with an online auction firm, “Paddle8.” Reportedly, her father is one of the most controversial members of the Royal family. 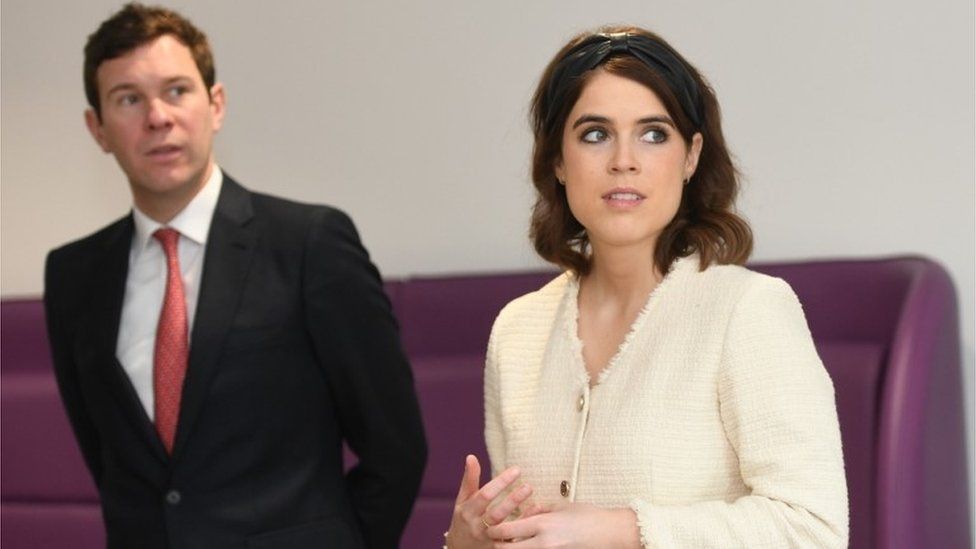 Quite evidently, she enjoys the most relaxed responsibilities of a royal family. However, she still gets the benefits of being a royal and from her familial connections. In addition, her lifestyle is lavish. We assume that Princess Eugenie’s net worth is the result of her various stints.

Also, she gets huge monetary benefits from being a royal. In 2015, this royal Princess returned to London. It was later revealed that she came back to work for Hauser & Wirth art gallery. And just after two years, she became the director of the firm. The Princess made headlines in 2018 when she got married to Jack Brooksbank in 2018.

The Princess is hugely famous on Instagram, with 1.5 million followers. We assume that she might get a fortune for sharing the royal family’s pictures according to the Instagram algorithm. Also, princess Eugenie shares pictures of herself, her husband, and their son.