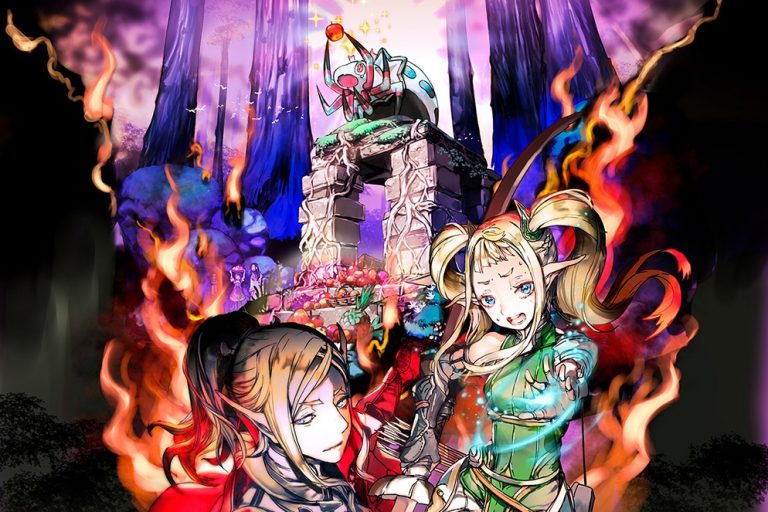 The well known light novel Kumo desu ga Nani ga? aka So I am a Spider so what? got postponed again. The anime is set to release, on 10th January 2021.

The anime might be the new upcoming dark fantasy isekai series. Though it did get delayed the series which was supposed to release 12th episode now will release 26 episodes.

Created by Okina Baba as a web novel it first appears on the famous user-generated site called “Shosetsuka ni Naro” on May 27, 2015. It was soon published light novel with the illustration by Tsukasa Kiryu, in December 2015. Soon after that Asahiro Kakashi launched a manga adaptation of the light novel in the Kadokawa Shoten’s Young Ace Up on December 22, 2015.

In another world when Hero and the Demon lord fight each other and when their magic collides the explosion crossed over other worlds. The high School Student who was in the middle of the literature class got caught in that collision and got reincarnated in the other world. Among one of them is our protagonist who got the lowest position.

Now to survive in this cruel world she decided to get strong and try to survive to her best. This is the story of a High School Girl who reincarnated as a spider…

You can check the trailer here:

An average, everyday high school girl reborn in a magical world but not as a usual like other isekai characters. She got reincarnated as a “Spider”. To be able to survive in the cruel world as a normal spider monster she has to struggle through extra hardships.

Kumoko is small lesser Taratect species, a species of the spider monster. Her body is white with Eight red eyes. Every time she hits the limit of her xps she levels up and sometimes even evolves and can choose her race. Her goal is to reach the Achidna race.

According to Kumoko memories, she was a loner high school girl but now that she’s has turned into a spider she seems to be quite optimistic and lazy. She sometimes even get Overconfident and get extremely frustrated. However, she learns from her battle experience and tries to be more cautious.

Ariel is the Origin Taratact and the Current Demon Lord. She is also known as the Ancient Devine Beast and Ruler of Gluttony. All the Taratect (Spider-type monsters) are the descendants of Ariel. Which is the reason why all the spiders are her kin and their souls are connected to her. The ones whom she does not dominate their personalities are Queen Taratects and Puppet Taratects who are also said to be her closest kin, whom she deeply cares for.

Though she may appear no different than a regular human girl who is in her teens despite being an Origin Taratect she is quite old. Despite being nonchalant and an independent personality she kind and deeply cares for her kin and to those she considers her friends. However on the other hand she has no mercy towards her enemies and became destroys whatever that stands in her way.

Mother of the main protagonist. She is a massive spider-monster and also said to be the powerful spider monster. She can cause destruction just by walking. This massive spider monster is enough to destroy one entire country and even the army cannot defeat a queen. And if that’s not enough she uses egg-laying to increase her minions.

This legendary-class monster is said to be a total of 5 in the entire world. It is said that an ancestral Hero together army sacrificed themselves to defeat a single queen.

She’s the one who gave birth to Kumoko. Kumoko calls her mother and tried to avoid her as much she could due to her threat of tremendous power and violence.

Katia has red hair and red eyes. She has an astonishing curvy body and she usually wears clothes that fit her political status.

Around most people, she acts as a normal high society feminine and graceful lady. While switches to male accent around her former friends from Japan.

Filimøs Harrifenas is the daughter of the elf patriarch and ambassador of the Elf Village, Potimas Harrifenas. She was the homeroom teacher of the class, Okazaki Kanami that was killed in the explosion.

She has a slim child-like body and has blond hair and twin-tails.

Filimøs has the same weird speak manner as she had in her previous life and she still deeply cares for her students. Even after the reincarnation, she wants to keep them safe.

Feirune is an Earth Wyrm and also one of the reincarnated students known as Shinohara Mirei. Fei was born as a little lizard-like monster with her lower part light yellow and the upper part blue. When she transforms to look like an angel with pale skin her pre-reincarnated appearance remains.

She was very proud of her appearance as a human and considered as the prettiest in the class but always jealous of Wakaba Hiiro who was regarded as the queen of the class. She together with her large group of friends tends to bully Wakaba.

Suelecia Analeit is the younger half-sister of Schlain and the second princess of the Kingdom of Analeit. She is a genius equal to Schlain who has the advantage of knowledge from his previous life. She has long blue hair and blue eyes.

Sue is extremely attached to Schlain and idolize him. Enough to the point that she developed love interest and Yandrere personality.

D is a high ranked god and the one who reincarnated her classmates and teacher into the other world upon their death in the explosion. She too was in the classroom at that time but did not perish. Their classmates should have perished if she had left them alone so she gave everyone a custom skill according to her perception.

D has a beautiful second-year high school girl with waist-length black hair. She was said to be the queen of the class.

She only cares for her personal amusement more than anything else and she appears to enjoy watching and toying with Kumoko. She is the self-proclaimed “Ultimate Evil God”.