Magic: The Gathering’s Throne of Eldraine: All You Need To Know 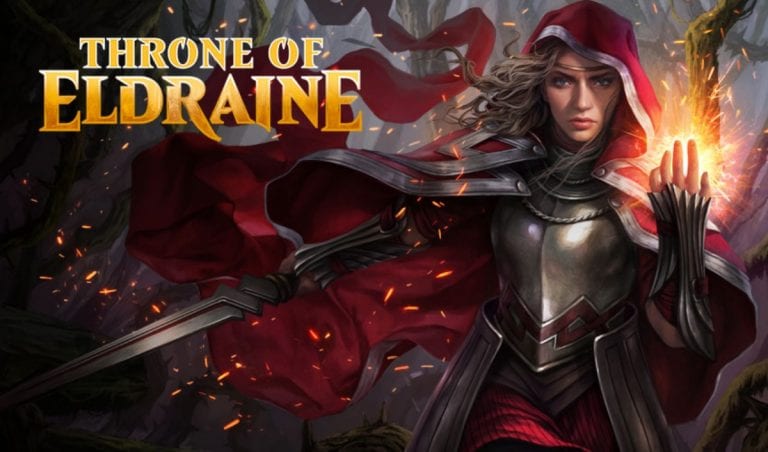 The next collectible card set for Magic: The Gathering has been revealed, and fans of the game are extremely excited for the set to release officially. The revelation was made by the company, Wizards of the Coast at the San-Diego Comic-Con, and ever since the official announcement was made, fans have been waiting desperately to get their hands on the collectible set. We have gathered all the recent updates and information regarding the upcoming card set, so here is everything you need to know about Throne of Eldraine.

Previously, the card set was teased with the code name, ‘Archery,’ however, the final title is Throne of Eldraine. It was already leaked online, however, everyone became sure of it when Wizards of the Coast’s head of design for Magic: The Gathering, Mark Rosewater announced it at the popular event. Mark described the concept as “Camelot meets Grimm’s fairy tales.”

Earlier, rumors were circulating on the internet which claimed that fairies will be very important and they will matter a lot, however, Rosewater silenced the rumors by revealing otherwise. According to Rosewater, fairies will be present, however, their volume will be far less and they won’t be that important.

The excitement among fans is very high, and it can be testified by the pro player, Autumn Burchett’s tweet. According to his tweet, this is the most excited he has been about the upcoming card set.

Rosewater also explained the booster packs which will be coming with the set. The familiar ones have been renamed to Draft Booster and there will be two more packs which include:

Throne of Eldraine will be coming to Magic: The Gathering on 4th October and a pre-release will happen on 28th and 29th September.