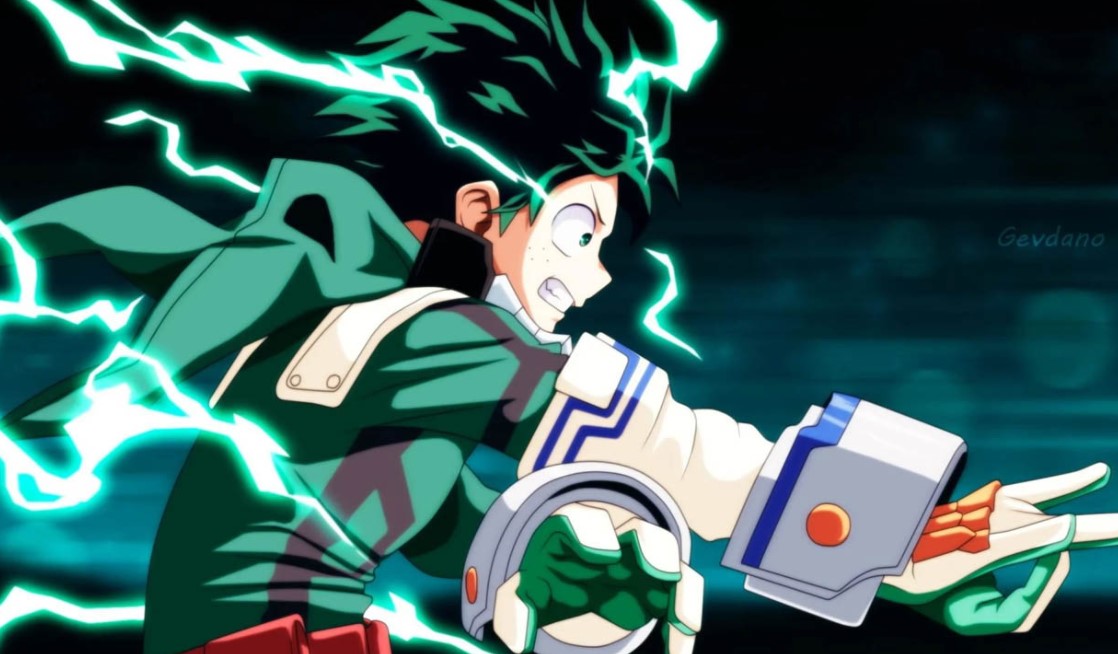 Katsuki jumps in front of Deku saving him fro Tomura’s attack and Deku is surprised witnessing Katsuki get stabbed by Tomura’s wires. Katsuki who is injured tells Deku not to play Hero all by himself and hell fell down and got caught by Shoto. Tomura wanted to talk but he got interrupted by All For One saying that the fight that is taking place has shed a lot of useless blood. When he is saying that, along with thinking of Eraser Head, Gran Torino, Manual, Ryukyu, and the entire Jaku City having suffered from this fight.

That causes Deku to snap and he got furious biting down on Tomura’s wires. Deku told Tomura to take back what he said meanwhile, Gigantomachia continues causing trouble looking for his master Tomura. Machia reaches Sauro City, Osaka Prefecture, he picks up two of his master’s scent. Down in the Jaku Suburban District, the Heroes are told to let the rescue team evacuate the civilians along with the help of the police. 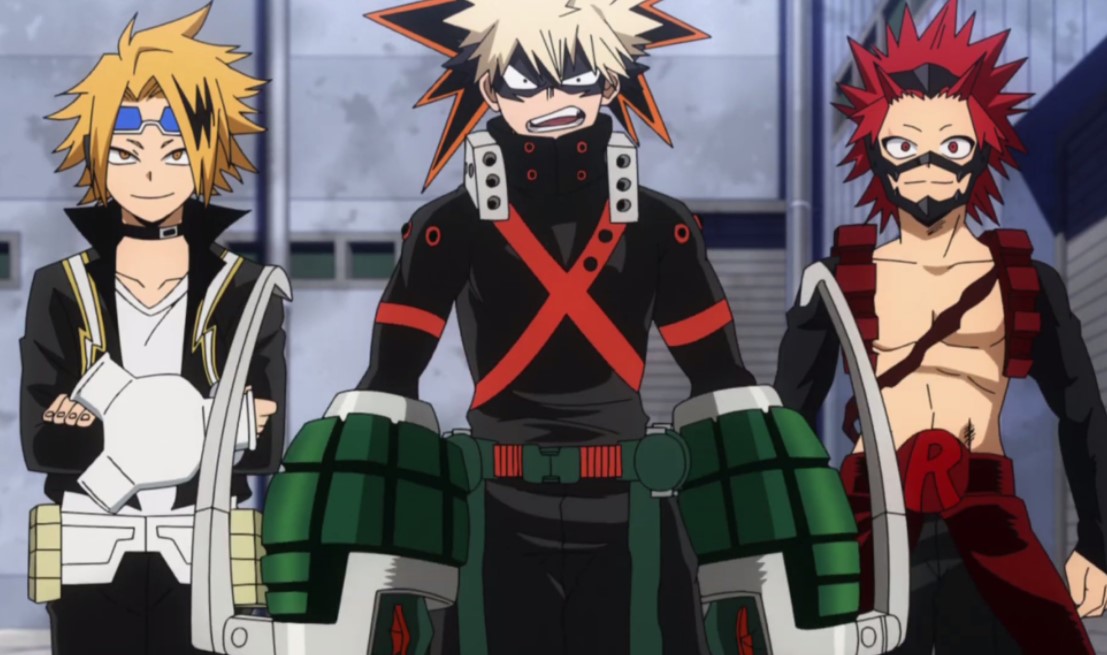 Previously on My Hero Academia Chapter 286

The Heroes are ordered to fight the villains and stop them from passing the city for them not to reach Tomura. Other Heroes are told to reach out to the ones fighting Tomura to inform them about the villains that are coming. The communication is not working well and it is the job of the Heroes to quickly move and spread the new. Among those Heroes, Uravity talks to herself that the situation isn’t improving at all.

Ever since the first day they started clashing with Tomura Shigaraki it feels like when they are about to win the table turns for them. Back to the battle, Tomura manages to touche Deku and  Shoto is worried about him calling him out. Tomura told Deku to give him One For All. Suddenly Deku gets angry in his mind and he sees Tomura not getting along with All For One. While Tomura is demanding he leaves him alone.

All For One says that even if Tomura tells him, if he has not taken control he would have been burnt to a crisp. Despite managing to survive that falling from such height would also be the end for him. Tomura told All For One to keep quit and reminds him this was supposed to be his dream. Deku falls while is he moving towards Tomura. Nana Shimura puts her hands on Deku’s head telling him that it will help him to be able to move.

You can get access to My Hero Academia Chapters on VIZ Media and Shueisha’s Manga plus official platforms. Raw scans for new chapters are released 2-3 days before their respective chapters are published. To support the Manga creators and publishers, we advise you to read the digital copies from their official websites and apps.