Last Day On Earth is one of the best games on smartphones right now, and it has a good amount of fan base. Recently, the game got a new which brought many new things to the game like Moss, fishing, swamp locations, and ATV. But it doesn’t end there as more things have arrived with this update. In this article, we are going to discuss all the things that have arrived at Last Day On Earth.
Let’s begin:- 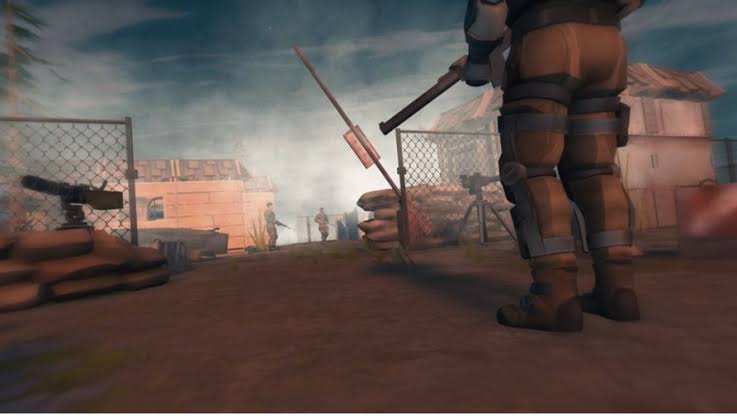 Bunker Bravo has been finally added to the game, and it holds some new monsters of the game. The Bunker Bravo is explained I the patch notes as “there’s been a radiation accident and everyone in there has transformed beyond recognition. The bunker comprises a lobby, three floors, and a powered-down elevator to move between them. To make it work again, you have to bring a generator.”

When the player power up the terminal, the radiation level will start going up, which will be resulting damage caused to your health every next second. You will be able to protect yourself from radiation with special equipment, Anti-Radiation Pills restoring health damaged by radiation, and ampules with AntiRad slowing down the negative effects of the radiation. Moreover, if the radiation level is already fatal, the devs advise you to restart the terminal. There are some new monsters in Bunker Bravo, and there are bosses present in it.

At the end of every level, you’ll have to fight a boss for a box with rewards, which include things like parts of ATV and gas cylinders stored at the lowest level. Also, the reward will become better with every floor cleared out. The is a new quest called Port Moss, which is a place that is being attacked by zombies coming from the swamps, which is like a horde mode in which you have to fend off the horde and build walls in order to do so. If you complete quests, construct fortifications, and fight off hordes, you will be rewarded with points forming tops of the seasonal rankings.

Top rankings prizes obtained will differ. The player at the top will be receiving parts of ATV as a reward, but the more defense points you score and the more unique is the top list you take a position in, the more parts of ATV you will get by the end of the season. The rankingsdaily, and the ranking rewards for your achievements will be given out to you by the end of Season 3. The swamp location has finally been added to the game, which brings new zombies and new resources. There are two locations with different levels of danger, dangerous and very dangerous. There are sulfur, peat and swamp ore, corn in those locations. But developers have teased, “The swamps must be hiding more.”

In order to traverse the swamps, you will need ATV. Its part can be obtained through Bunker Bravo, via a slot machine at the Gas Station and can be received as the rewards in the ranking for “Defense of Fort Moss.” Another new event has been added to the game, which is called Junkyard, which is a rare event that will be only available for Chopper owners of a level higher than 40. You have to complete a few tasks from which you will earn rewards or even parts for ATV and even a car battery.

Fishing has been added to the game. In order to do so, you will need a fishing rod, the Fisherman skill, and fishing locations with ponds that will appear on the global map from time to time. Moreover, the fishes that you caught can be cooked on a kitchen stove, which will give survivors special buffs.

The developers have added a slot machine that will have many rewards such as guns, C4, steel plates, aluminum plates, various parts of ATV, and a transmission. In order to do play, you will need caps which can be earned in Bunker Bravo, at the Police Station, at the Farm, for the seasonal battle pass, and they can also be found in humanitarian aid boxes. There are many new workbenches and recipes for crafting now. Most of them are connected with new swamp resources, and this is one of the main reasons to start assembling an ATV to explore the swamps. There have been some other changes to the game and bug fixes to the game which you can see down below:

• Thisbrought some other changes as well. Raider career can be started only at level 60 and higher, that’s when they’ll visit you for the first time.

• Weapon modification resources have been moved from the Police Station to Bunker Bravo, but modification blueprints have remained at the PS.

• To clean the infected box, you now have to fill the acid bath with acid (excuse tautology), and you are gonna need filters. Look for acid in Bunker Alfa and at the swamps.

• Connecting rods and gas tank for ATV have been replaced with gears; they will be sent to your in-game inbox.

1. Fixed the issue when a crown or figure for the 2nd and 3rd position in the ranking didn’t display.

2. Fixed the issue when quests of the Find type didn’t count if the item was taken out of a chest on location Outpost.

4. Fixed the issue when raiders didn’t count C4 found in the basement.

5. Fixed the issue with the turret upgrade interface.

7. Fixed the issue when after clicking on puppy growth boost for 0 coins, locations on the global map got inactive.

If you want to see the full patch notes of the game, you can do so by reading it right here.