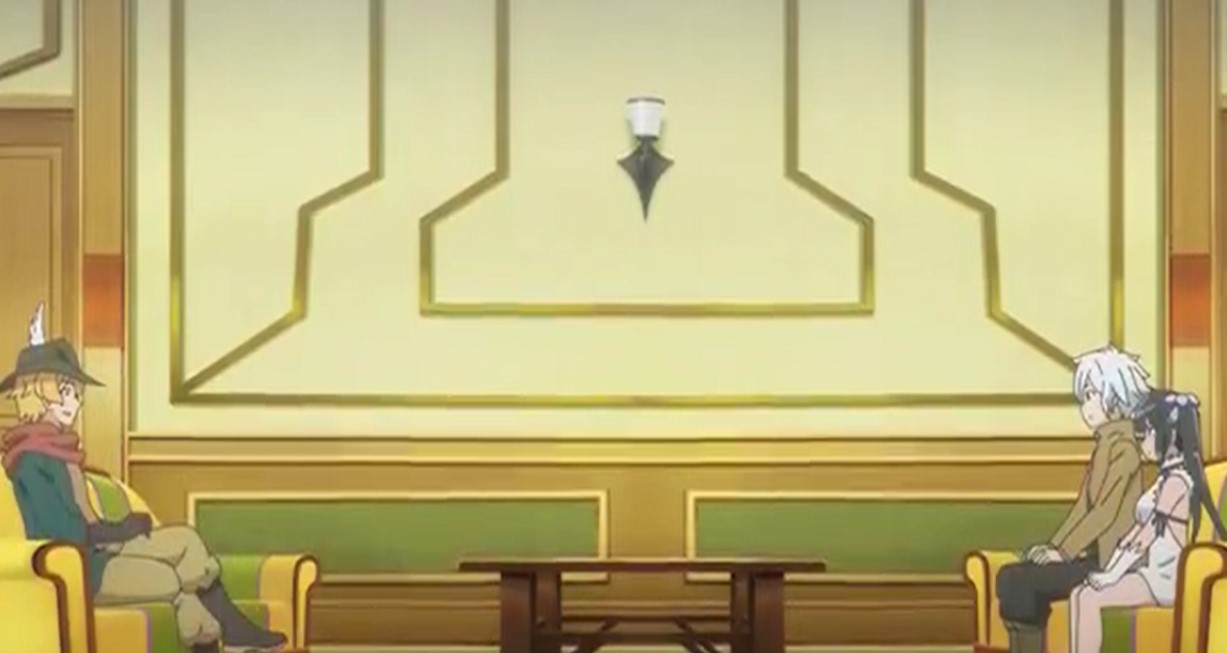 Hermes reveals to Ouranos that with Ikelos exile from Orario, the uproar has begun to die down, from the monsters appearing on the surface to everything else, it all being seen as the work of the Ikelos Familia. Through playing the part of a visible scapegoat for humans everything was wrapped up. Ouranos said that nothing has been resolved since the Xenos are unable to return to the Dungeon and are still hiding within the city.

With the Loki Familia at the forefront, adventurer continues their search through the whole of Daedalus Street. It is only a matter of time the Xenos are discovered. Hermes replies that with Ikelos now gone, the citizens are blaming Bell for protecting Wiene instead of standing with humans. Ouranos ask if Bell is a symbolic target for their malice and Hermes said yes. Hermes adds that good children can become infinitely cruel through their own virtue.

Is It Wrong to Try to Pick Up Girls in a Dungeon? III Episode 10 update and Recap

Previously on Is It Wrong to Try to Pick Up Girls in a Dungeon? III Episode 9

Meanwhile, the citizens in town are complaining about Bell’s actions. The other guy said that since people are against Bell it will put an end to everything. Mikoto and Haruhime reach home and they are asked if something has happened in town during the day. They reveal that the situation is still the same and Mikoto said that Bell’s action had an effect. Meanwhile, Bell is looking himself inside the room remembering how he saved Wiene.

Bell said to himself that he doesn’t regret saving her and he doesn’t care about what others say to him. Hestia went to Bell’s room and told him that he has a visitor. Bell went to the living room and he finds that it is Hermes. Hermes tries to make fun of Bell for his hatred of the citizens and Hestia stops him. Hermes reveals that Xenos needs Bell’s help and Hestia asks what does he mean. Hermes said that there is no point in hidding things now and Ouranos has asked for his help.

He reveals that he has been getting involved in a secret meeting and Bell asks where are the rest of the Xenos. Hermes replies that he has ordered Asfi and others searching for them but they haven’t found anything. Hermes also said that the Xenos might have split into groups and are hiding separately. The Ganesha Familia has tightened their guard at the Dungeon’s entrance.

Hestia said that they can try to take risks by talking to Loki if they just allow the Xenos to return to the dungeon. Hermes said that it won’t work even if Loki agrees, the children would never concede to be merciful toward monsters. Hermes reveals that there is no other option than annihilation. Bell and Hestia decide to help the Xenos and they head out.

Is It Wrong to Try to Pick Up Girls in a Dungeon? III Episode 10 Preview

That’s how we conclude the latest updates of Is It Wrong to Try to Pick Up Girls in a Dungeon? III upcoming episode. For more updates wait until next week Saturday.