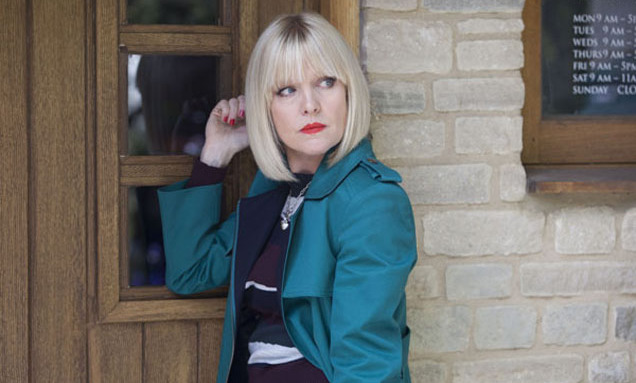 Agatha Raisin is a British comedy-drama TV series that is based on a series of novels by M. C. Beaton of the same name. It revolves around the life of a straightforward woman who retires early to a picturesque village, and there she finds work as an amateur detective and solved crimes and mysteries in the small fictional village of Carsley.

The Carsley village is portrayed to be very beautiful, filled with lush surroundings. The village is fictional, as mentioned before, but it is located in the Cotswolds region, an area in south-central and south-west England. The show is actually filmed mainly in Wiltshire County in the Cotswolds.

Carsely’s primary filming location is Biddestone, a village situated in northwest Wiltshire. Biddestone has served as the exterior shooting location for the majority of scenes taking place outdoors.

Another village that appears on the show masquerading as Carsely’s neighboring village, Anscombe, is South Wraxall. South Wraxall consists of many old buildings made entirely of stone. The third episode of the show is shot in the South Wraxall, which showcased the village’s many buildings from the 17th and 18th centuries.

Other locations that Agatha Raisin is shot in are Corsham and Bristol. Corsham is a historic market town which is also situated in Wiltshire county. Bristol, a city in southwest England, has also been a filming location for the show. As mentioned above, while most of the exterior shots showcasing lush scenery of Carsley are shot in Biddestone, the scenes which depict streets and buildings are actually shot in Bristol.

Agathe Raisin first aired as an eight-part series in June 2016 on the Sky 1 channel. The American subscription streaming service Acorn TV ordered a second series of the show in January 2018. It was commissioned for a third series on 27 February 2019.