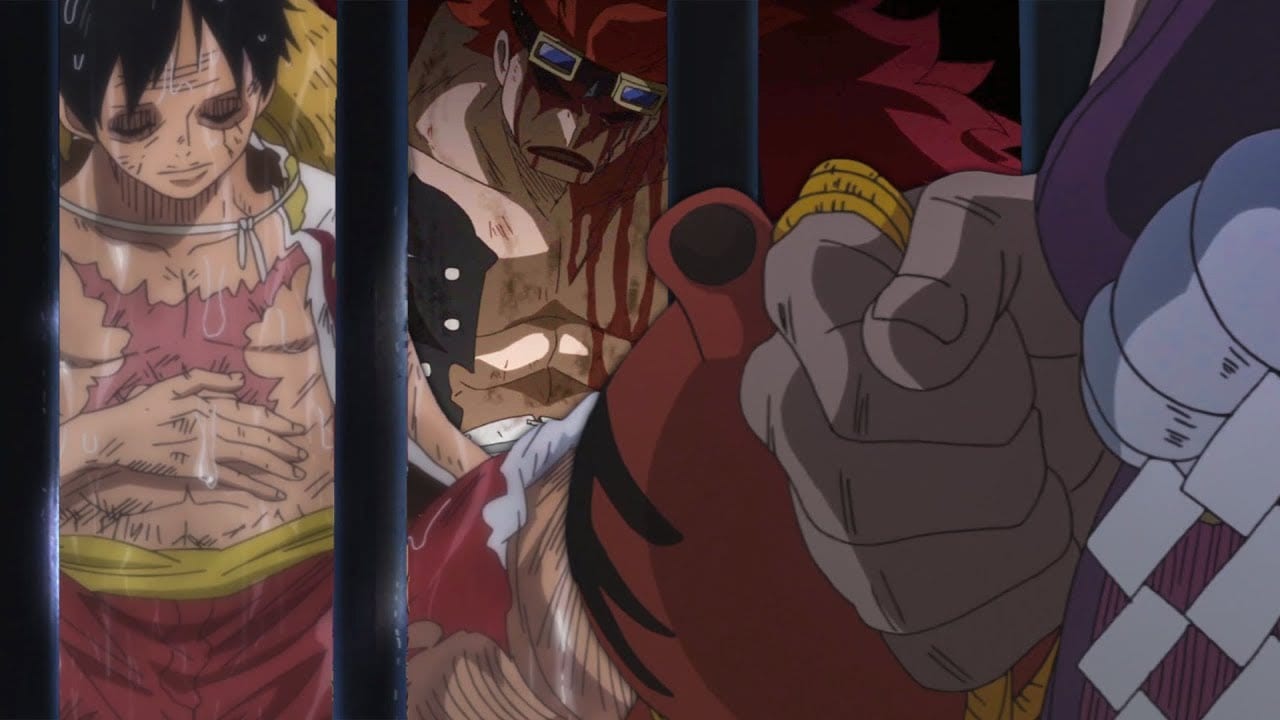 Last week, Sanji’s most awaited Raid Suit transformation happened. Page One and Sanji had a quick battle and is expected to go on for some time. Big Mom has washed ashore near Momo and the other’s training ground. Robin was caught by the Oniwabanshu captain and his members checking out some documents. All of this happened while Orochi has his feast in the Sakura Town. In One Piece Chapter 932, Orochi will finally reveal his true form.

It can be remembered that Robin was caught by Fukurokuju and the Oniwabanshu. In this chapter, spoilers revealed that Robin claimed herself as the Witching Hour Boy. She also claimed that she’s there to investigate the money flow int the Flower Capital. As expected, the Oniwabanshu started to attack, but Robin turned into flower petals and escaped. That’s one of the new powers she possesses. After contacting Nami and the others about the ninjas in the mansion, she returned to the banquet.

Meanwhile, at the banquet, Orochi is talking about the Kozuki Toki’s curse about the nine scabbards. He emphasizes that even though he saw Kozuki Oden die, his son is still alive. Orochi also fears that Kinnemon is the one behind all the things that happened which is against his administration. Kyoshiro stated that he wishes for the nine red scabbards to appear so that he can cut them off. Everyone thinks that Orochi is out of his head and his trying hard not to laugh. Unfortunately, someone laughed and angered the Shogun, and that is no other than O-Toko.

Angered from the humiliation, Orochi wants to kill Toko. Komurasaki tried to stop him, but he would kill Toko anyway, so Komurasaki decided to slap him in the face. This will anger Orochi more and will transform into the Yamata no Orochi. Now that Komurasaki is facing danger, Kyoshiro tried to convince her to make an apology. However, Komurosaki will be firm and will not surrender because she’s a samurai’s daughter. And that’s it for One Piece Chapter 932 spoilers. Stay tuned for more updates.