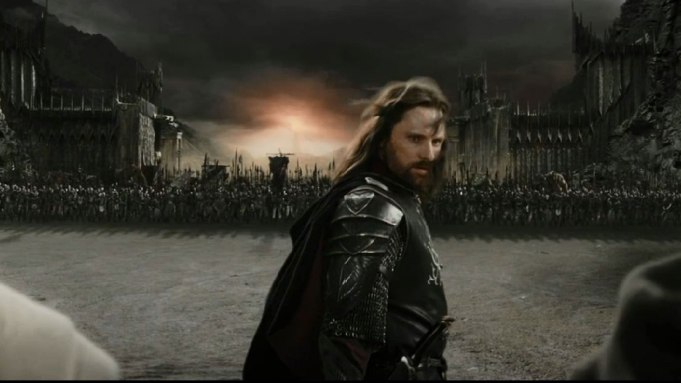 The epic fantasy series ‘The Lord of the Rings’ will be making its grand return with Amazon’s newest adaptation, and fans of the classic series are looking forward to seeing what the team will bring to the table. Numerous rumors and speculations are circulating the internet, and we have gathered all the recent updates and information regarding the upcoming series, so here is everything you need to know about Amazon’s The Lord of the Rings.

According to the latest rumors, the upcoming series will be extremely adventurous and thrilling, which will keep the fans on the edge of their seat throughout. Amazon first brought the project to light in late 2017 and in November, Amazon officially revealed that the series will be a multi-season prequel to the story and the budget was clocked at around $250 million, and this kind of figure for a TV show isn’t something which you hear every day, so the hype for the series skyrocketed.

What is the Storyline of Amazon’s Lord of the Rings?

The imminent series is said to get a spin-off sometime in the future, and according to the official note, the multi-season series will not be a direct adaptation of the J.R.R. Tolkien’s novel, and it will introduce new storylines, which will act as a prequel. The show’s official Twitter account has been sharing numerous maps and a message which read “Welcome to the Second Age.” All these hints have kept the fans on their feet who are doing their best to deduce the possibility of the story’s timeline.

The story will most likely be on Tolkien’s ‘original stories’ which were never explored before, and a report in 2018 revealed it to be the ‘most-expensive’ TV series that has ever been created. According to the latest reports, the show will explore the rich history of the Middle Earth and will eventually progress throughout 5 seasons.

Amazon announced Patrik Mackay and JD Payne as the showrunners of the series, and they have welcomed J.A. Bayona on board for the direction of the first two episodes.

What are the Production Details of the Lord of the Rings?

Much of the production details are yet to be revealed, however, according to Amazon, the series will be filmed at three locations close to Aukland in New Zealand which bumped the budget to NZ1.3 billion dollars.

How many episodes are there in Amazon’s Lord of the Rings?

Previously in an interview, Tom Shippey revealed that The Lord of the Rings Season 1 would feature a total of 20 episodes, however, we still need to wait for Amazon’s official word.

Who is in the Cast of the upcoming Lord of the Rings?

The casting of the project has been very interesting, and according to reports, Markella Kavenaugh was approached by the team to play the character of ‘Tyra’ while it has been confirmed that Joshep Mawle of Game of Thrones will play ‘Oren’ the main antagonist of the series. Morfydd Clark is reported to play Galadriel’s younger version, and according to Amazon’s official announcement, the other cast members include Robert Aramayo, Daniel Wayman, Tyroe Muhafidin, Tom Budge, Owain Arthur, Dylan Smith, Eva Horvath, Megan Richards, Charlie Vickers, Nazanin Boniadi, Sophia Nomvete, and Ismael Cruz Córdova.

When is the update of Lord of the Rings on Amazon?

Lord of the Rings is expected to release sometime in 2021 on Amazon. The official update is yet to be revealed, however, we will keep you posted once the official announcement drops.