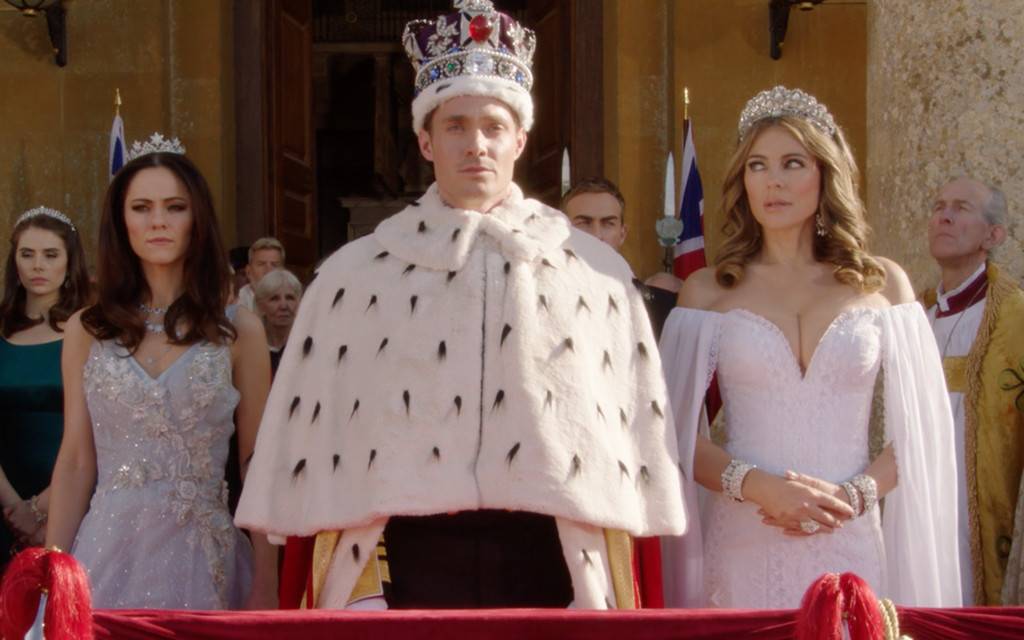 The Royals is a prime-time American soap-opera that aired from Season 1 to Season 4 on E! Season 1 of The Royals began in the year 2015 and Season 2 of The Royals aired in 2018. The Royals is produced under the name of Mastermind Laboratories, Varsity Pictures, and Lionsgate Television Universal Cable Productions. It aired 40 episodes for far and is produced by Annabelle Frost, Sam Breckman and Nick O’Hagen. For those of you who don’t know, The Royals is based upon the works, Falling for Hamlet by Michelle Ray and is created by Mark Schwahn.

The story of The Royals revolves around Elizabeth Hurley who leads the show as a Queen Matriarch, Helena. Hurley plays Queen consort of England. She is aided by William Moseley and Alexandra Park, her twins. Above all, it is the tale of Helena’s struggle with family issues while maintaining a good image in the public eye. Both the twins, Prince Liam, and Princess Eleanor are unconcerned about the majority of things; they enjoy the luxurious lifestyle that their royal status gives them. It is Helena’s older brother Robert upon whom lies the responsibility of running the kingdom, but after he is murdered, things go haywire, and that’s how the story begins.

Season 4 of The Royals, aired first on March 11, 2018, with a total of 10 episodes for us to watch on. It ended on May 13, 2018, with a fantastic finale episode. Though the performances of all actors in The Royals received praise, but, people failed to appreciate the show at large. It also failed to acquire any solid fan base with negative critical acclaim. And that’s that.

As regards Season 5 of The Royals, let’s be clear that it isn’t happening. Lionsgate canceled Season 5 of The Royals back in 2018, thus ending the reign of the Henstridge family. In the end, Willow married Robert, brushing aside his hunch about Robert’s intentions. Liam discovered that his girlfriend Kathryn was pregnant. Jasper and Eleanor seemed to have worked out their differences. The cliffhangers will stay as they are with no new season coming out, that’s all for now. The drama failed to pick up any audience, hence the demise.