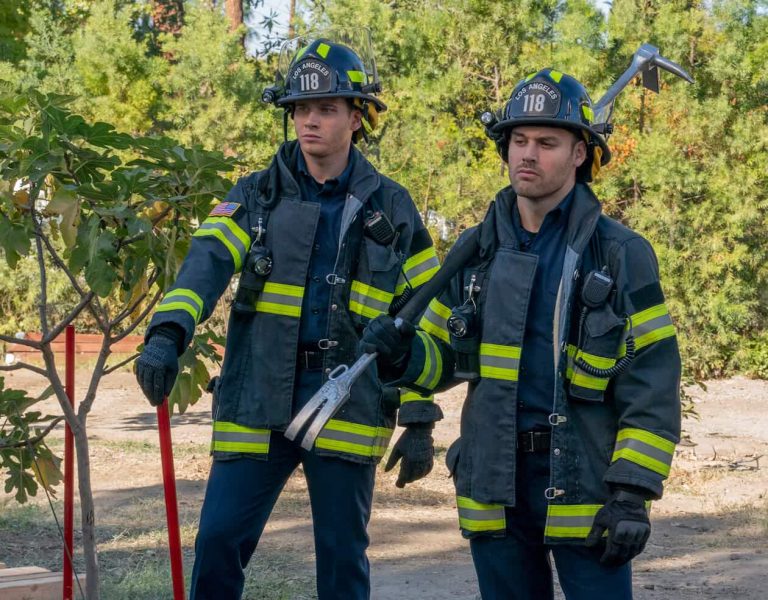 On 9-1-1 Season 3 Episode 12, watch a viral stunt gone wrong, a couple’s fishing trip gone disastrous and Athena investigating a woman, who doesn’t remember being shot in the head. This post contains spoilers, don’t read further If you haven’t watched this episode.

9-1-1 Season 3 Episode 12 will be released on Monday 23 March 2020. This episode is titled ‘Fools’ and will be returning after a week’s gap. It will be released on FOX at 8:00 pm ET/PT. 9-1-1 Season 3 Episode 12 ‘Fools’ can be watched on FOX at the mentioned timeslot. Additionally, it can be watched online on Hulu, VuDu, iTunes, Google Play Movies and Fandangonow if you’ve missed the episode and if you don’t own a cable subscription. 9-1-1 is an American procedural television drama series which shows the lives of people like police, firefighters and those who put their lives on the frontline. It basically wants its viewers to understand what these people who put their lives at stake for saving others lives have to deal with their personal problems as well. It has a spin-off which started airing earlier this year ‘9-1-1: Lone Star’. 9-1-1 is liked among the viewers with a rating of 7.7/10, 81% and 7.8/10 on IMDb, Rotten Tomatoes and TV.com.

9-1-1 resumed it’s Season 3 with Episode 11 last week. This episode is titled ‘Seize the Day’ with relevance to the title, this episode showcased Michael breaking the news to his family that he’s being suggested to undergo a surgery that can reduce the size of the tumour. Even more shocking news he breaks to them is that he decides to go on without undergoing any surgery. Before telling this shocking new development to his wife and children, Michael chose to tell Bobby first. Bobby had been keeping this grim news all to his self until Michael decided otherwise. Meanwhile, Hen and Karen meet their Foster baby. Their Foster baby was the main highlight of this episode and it was kind of pleasant to see the couple all gay and happy. Tell us what you liked about this episode and what else you expect to see in this episode. Drop your comments in the comment section down below. We’d love to see you participating!

9-1-1 Season 3 Episode 12 ‘Fools’ is coming up with the bizarre incident of Athena dealing with a woman who doesn’t remember being shot. What happened that she doesn’t remember it at all? Is it a consequence of shooting? Meanwhile, Eddie is forced to have a conversation with Christopher, which turns out to be very difficult for him. In other developments, 118 responds to incidents like
A viral stunt gone wrong. On the other hand, 118 has to deal with a couple whose fishing trip has gone wrong. This is all we know about the upcoming episode, due to the scarce information available. However, the woman who’s been shot in the head and doesn’t remember it is seemingly adding value and suspense to this episode. We are looking forward to its release, are you? Be sure to catch it on 23 March only on FOX. Also, let us know what you hope to see in this episode. Drop your comments!