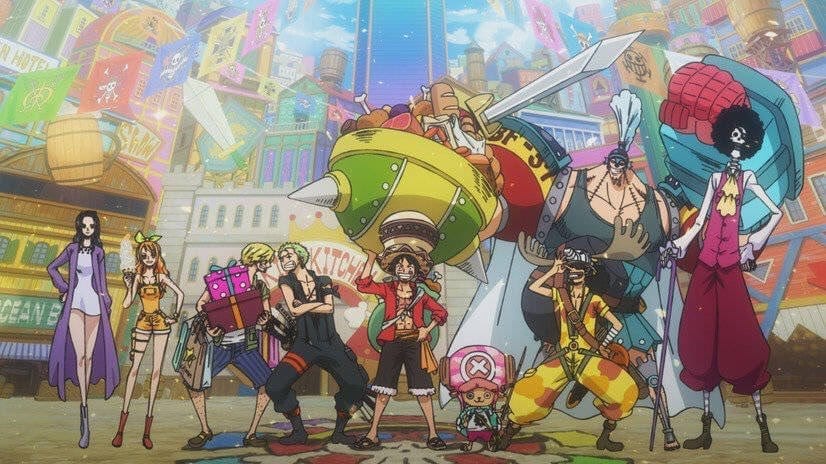 One Piece: Stampede is just 4 months away from premiering in Japan now, and it’s time we start getting more information on the movie. As you might know thanks to the information that was revealed previously, the movie is based after the events of Whole Cake Island, and apparently, there is a Pirate Expo where a treasure hunt is taking place.

All the big name pirates from around the world have gathered here and they all want to look for this year’s special treasure which belonged to Gol D Roger. Of course, the Strawhats are also looking for it, but they face tough enemies, like Douglas Bullet, who used to be a former member of the Roger Pirates.

A teaser was revealed a few months ago, and there wasn’t really much to see at that point because the movie was in the early stages of development. However, now, we just got a new trailer, and it looks incredible. The teaser shows off a different look than Film Z or Film Gold.

That’s probably because of a new Line Filter, and I love it! We see all of the Strawhat crew, the Worst Generation, the Marines, the Shichibukai, even Blackbeard, and also Gol D Roger. This movie is very ambitious, but will it live up to the hype? We’ll only find out once it premieres. Here’s the trailer for those of you who haven’t watched it yet:

At the same time, a Key Visual for the movie was also revealed, and it shows the Strawhat Pirates at the Pirate Expo. This Key Visual has been drawn by Masayuki Sato, who is the character designer for the film. 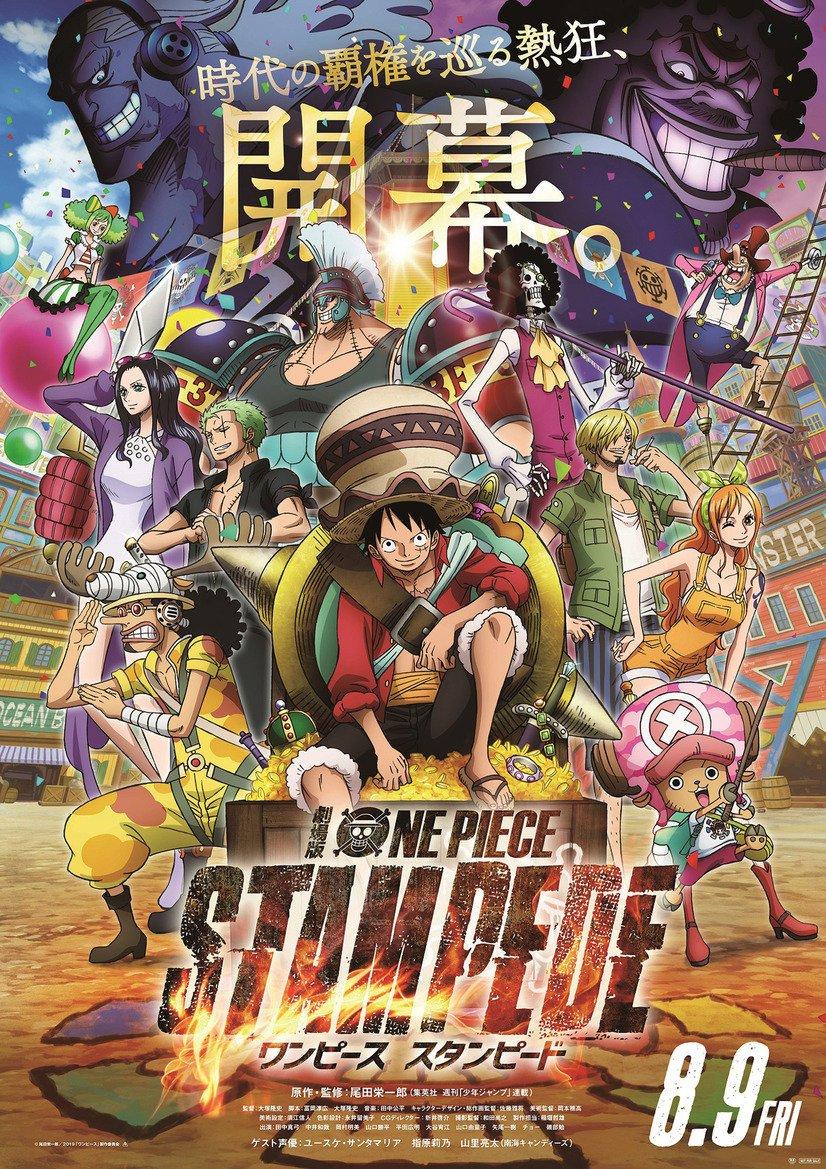 Updated on May 3, 2019:
One Piece Stampede looks like it is going to be huge for the franchise, and to promote it, big steps are being taken. From what we’ve been informed by our sources, One Piece anime will have a 3-4 episode filler arc shortly after the beginning of the Wano Country arc.

This is going to be done for two reasons. The first one is so that Film Stampede gets enough hype built up and that fans enjoy the movie even more. This will also help generate more profit for the movie. Secondly, this will help with the pacing of the Wano Country arc, by giving the staff more time to work on the episodes, and also improving the pacing.