Top 10 Sports Anime Series That You Must Watch in 2020 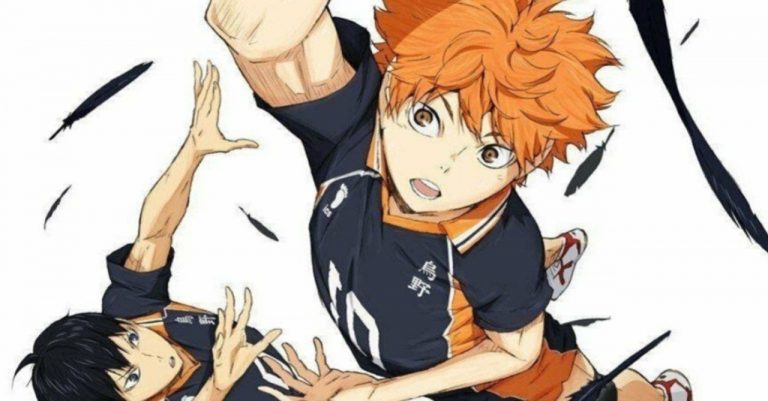 The anime culture has grown so much over all these years, and sports sub-genre has become one of the most popular genres of these times, and with shows like Slam Dunk, Haikyuu, etc the hype will only get bigger. With each new year, we get to see a new show and as we are in 2020, it would be best to look at the top 10 sports anime series that you can watch right now.

This list features all the top 10 shows (not in any particular order) that you must binge-watch now.

Hajime no Ippo: The list would be incomplete without this show. Debuting back in 2000, the show follows Makunouchi Ippo and his inspiring story of how he transformed himself from being a weak kid who would get bullied now and then to one of the best boxing champions. The first series ran from 2000 till 2002 which was followed by two more series, Hajime no Ippo: New Challenger (2009) and Hajime no Ippo: Rising (2013).

The characters of Hajime no Ippo include:

Haikyuu: The anime series follows the journey of two characters Tobio Kageyama and Hinata Shouyou, who despite being rivals happen to become teammates in the official volleyball team of Karasuno High School. The duo pair to be a formidable force that any team would want on their side and the anime follow the characters as they keep their differences aside and work under one roof to take their team to the top. Haikyuu has a total of 4 seasons, and season 4’s first cour was released in April 2020.

The cast and the characters of Haikyuu include:

Slam Dunk: Next in the list, we have our all-time classic sports anime series Slam Dunk. This follows a high school student named Hanamichi Sakuragi, and his journey from hating basketball to loving it. Because of the sport, Sakuragi once lost his love, however, he soon found his interest back in the sport when he met Haruko, who went onto teaching him the sport. The show ran from 1993 to 1996 and has a total of 101 episodes.

The characters of Slam Dunk includes:

Ace of Diamond: The series focuses on baseball, and it made its official debut back in 2012. The story revolves around Eijun Sawamura, a prodigy with immense pitching talent. Ace of Diamond follows Eijun’s journey of becoming the best of Seidou High School.

The characters of Ace of Diamond include:

Free!: The show is based on the novel by Koji Oj, and it follows the life of a talented swimmer student Haruka Nanase. He soon forms a team consisting of Makoto Tachibana, Rei Ryugazaki, and Nagisa Hazuki in order to participate in different swimming competitions.

The character of Free! include:

Major: This anime series made its debut back in 2004, and it chronicles the life and journey of Gorō Honda. The show follows his career as he fights all kinds of ups and downs to be the best. His inspiration is his dad, who was a great player, and he hopes to become like him one day. It made its debut in 2004 and ran till 2010 and has a total of 6 seasons.

The characters of Major include:

Yuri!!! on Ice: This sports anime series follows Yuri Katsuki, a great figure skater who, after losing Grand Prix finals, had his confidence completely crushed. This is one of those stories which tell you to never give up and fight your losses to find the key to success. Although Yuri had a lot of doubts regarding his future, everything changed when he met Victor Nikiforov, a Russian figure skater.

The characters of Yuri!!! on Ice include:

The Prince of Tennis: The show centers around a 12-year old gifted tennis player, Ryoma Echizen who just moved back to his hometown in Japan. He is already a prodigy and has defeated some of the best in the business, however, he is still not close to defeating his dad, so he joins up a new team and grinds extremely hard until he beats him. The original series ran from 2001 to 2005 and has 178 episodes total.

The characters of The Prince of Tennis include:

Kuroko no Basket: The show follows the team of Teiko Middle School, whose five prodigies were enough to demolish any team standing in their way. With changing time, all of the five members got admitted to different schools, however, there was a sixth member, whole skills kept in a whole other league and he is about to start his new journey with the Seirin Gakuen school. It has a total of 3 seasons and a film based on the manga ‘Kuroko’s Basketball: Extra Game.’

The characters of Kuroko no Basket include:

Yowamushi Pedal: This series was released in 2013, and the story is about a young student named Onoda who ends up joining a bicycle club after being rejected from the anime club of his school. It currently has a total of 4 seasons and the last one came out in 2018.

The characters of Yowamushi Pedal include: