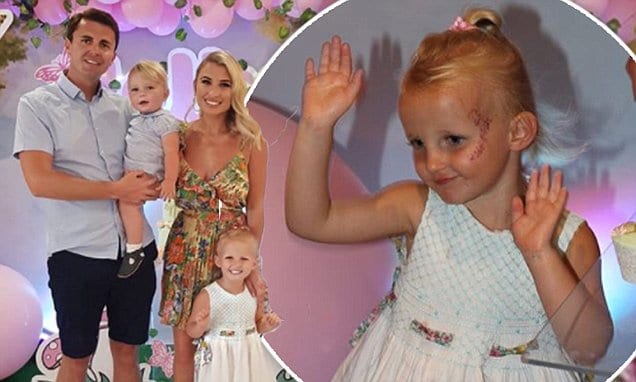 The latest addition in the long list of celebrities who have had successful go at the challenge is Billie Faiers’ daughter Nelly Shepherd. Nellie, aged 5 aced the challenge on Monday. For those of you who don’t know what I am saying,
The Bottle Cap challenge is when a person successfully unscrews a bottle cap using a roundhouse kick. The trick is: you cannot knock the bottle down!

The five-year-old girl was dressed in a grey summer school uniform, she smoothly swung around her leg and knocked the top off a bottle and went ecstatic. Nelly seemed to look at the target very closely before she attempted something like the Bottle Cap Challenge.

Daddy Billie’s caption went something like: “Now if this isn’t GIRL POWER … I don’t know what is… Nelly Nominates @samanthafaiers @suziewells_ and @gregory_shep…”

Game of Thrones actress Sophie Turner made a mockery of The Bottle Cap challenge on an airplane with a hilarious Instagram story. She loudly said ‘Stop this, now!’ as she opened a bottle of wine but pretended to back kick with her hands in an upright position.