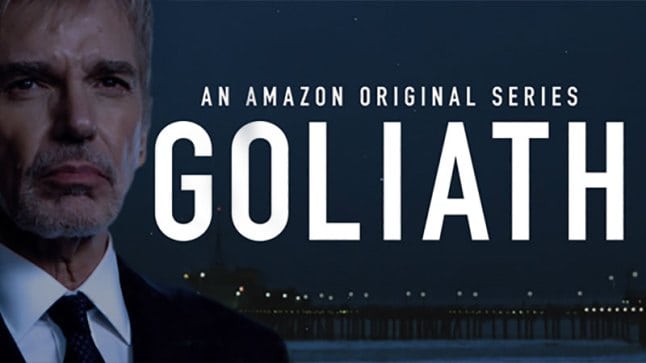 Billy Bob who plays the role of McBride is a former superstar lawyer. He is the co-founder of the law firm Cooperman McBride along with his partner Donald Cooperman (played by William Hurt). McBride ends up quitting the firm after he saved a murderer, he turns to alcoholism. The ending of the Goliath Season 1 was pretty exciting; however, the standard dropped a bit in the second season.

“His soul is not any healthier or happier in spite of money, which is weird because we thought before this that money makes you happy, but we learn through Billy’s journey that it doesn’t [make you happy].”

Trilling also made revelation regarding the involvement of drug cartels and the LAPD. Trilling said that McBride would face a lot of different challenges in season two. He said,

“I think he accepts his demons and does the best he can with them. It’s like ‘Okay, here’s what I got, here’s what’s wrong with me. I know it’s probably not going to change.’ …I think his demons drive him.”

“When does Goliath season 3 come out?”, This is a question which every Goliath fan has in their mind. We are yet to receive an official announcement from Amazon; however, fans on the net are already theorizing that we will get Goliath Season 3 in 2019, this is not confirmed but let it be true. Nevertheless, we will update you as soon as we have any information on Goliath season 3 update.

There are a lot of new members coming in for the third season, and some of them are Dennis Quaid, Amy Brenneman, and Beau Bridges, Julia Jones. Moreover, there are other new actors joining – Shamier Anderson (Destroyer), Griffin Dunne (House of Lies), and Sherilyn Fenn – although their roles are not yet made public.

The next season will focus on Billy’s old friend’s death, triggering him to take the case to the Central Valley. There he will meet another Goliath, a billionaire ranch owner (played by Dennis Quaid), and his sister (played by Amy Brenneman). The update is not yet revealed, although it is anticipated that the show would return later this year.