Other key dates during the Eoan:

Ubuntu 19.10 development is almost complete. One of the biggest changes in Ubuntu 19.10 is the decision to include NVIDIA drivers on the ISO install image. So, this is going to make things easier for Ubuntu users who have NVIDIA hardware to install the proprietary drives for their graphics card alongside the system. 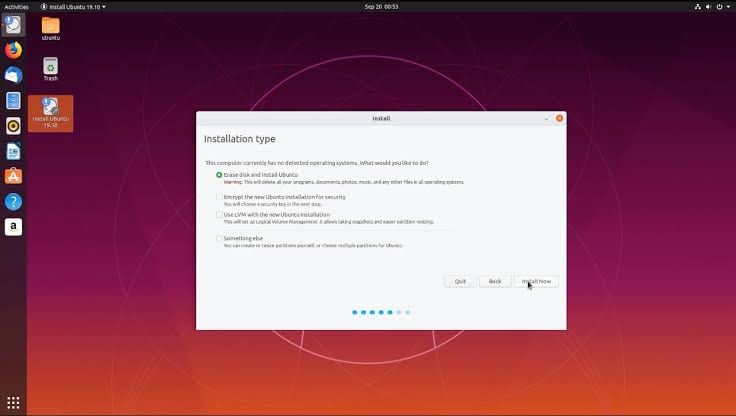 The other big change in the release is support for installing Ubuntu using the ZFS file system. The film system is considered to be experimental. Ubuntu is the first desktop Linux distro to offer native support for ZFS out of the box.

Ubuntu developers have worked really hard to make sure that the distro has a working 32-but userspace for legacy apps and software, including Steam and WINE. It also contains the best GNOME 3.34 features. Now, it is possible to drag and drop applications in the Application Overview in order to create app folders. There is also a refreshed set of the main apps that include Document Scanner, Todo, and Files.