Detective Tanuma is outside the fighting arena talking on a phone call and the cops told him that there is chaos inside. They also ask him if they can enter the building. He told the cops that they will have to wait until  O’Clock returns. He then notices something like smoke coming from the lower level. He told others to get back since it may be dangerous to them after realizing that it is a gas. He communicates with O’Clock and asks what is going on. He also asks if he is safe down there and O’Clock cant’ reply back because of the chaos inside.

Inside, the arena the gas continues to spread and everyone is trying to survive and some are losing control of their Quirks. O’Clock notices the gas masks being used by the staff. He then realizes that the event must be a part of some scheme. He manages to grab three masks and gives the other two to Tiger Bunny and The Rapper. He also stole a prop gun that has few bullets. O’Clock reveals that his plan is to get out through the driveway. He is also going to bulldoze his way across everyone straight to the exit.

My Hero Academia Vigilantes Chapter 91 will be released on Friday, 11 December 2020. You will keep on getting new chapters of Vigilantes twice a month. Let’s see what the latest updates of this Manga have to offer for us below. 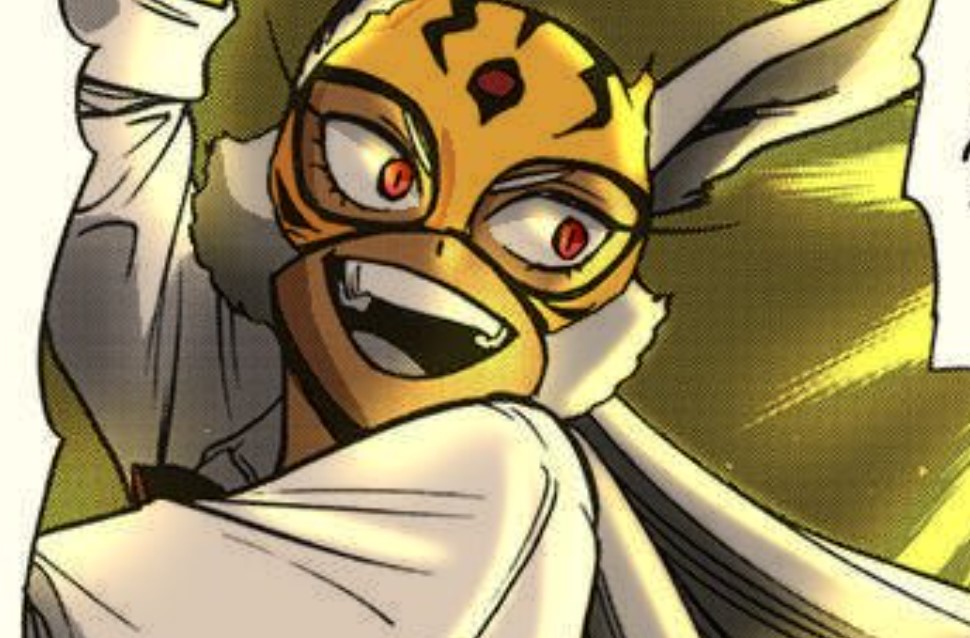 O’Clock decided that Tiger Bunny and The Rapper must move forward and he will remain trying to find what is happing. Tiger Bunny and Rapper ask if they can kick some butt on their way. O’Clock replies that they must not use their full powers since there are some innocent citizens around them. The Rapper reluctantly agrees to what O’Clock is saying. Tiger Bunny and Rapper get involved in a fierce battle which they enjoy. O’Clock waits back, recognizing his Quirk, Overclock, is much more limiting to use with a mask on, and notices the mist starting to appear again.

He then finds out that the user is not inside the room, he destroys the CCTV by shooting them and so that he won’t be seen. Inside the CCTV room, the unknown guy is surprised. He thinks that their plan might fail and looks to his partner, Kurogiri for advice. He responds reminding him of their asset sent into the field. The guy wearing the hood gets ready to fight and the Rapper is excited while attacking with heavy punches.

The guy manages to dodge all of the attacks and then stretches his arm and sends the Rapper to the ground. Tiger Bunny jumps into the fray, ready to attack him with a big kick. He also sends Tiger Bunny flying right into the Rapper. When he is about to stretch his arm with an aim of grabbing them, O’Clock arrives. He uses his knife and cut his arm until it explodes. and he orders Tiger Bunny are the Raper to just watch. O’Clock realizes that the arm of the hooded guy can heal itself and the guy recognize him.