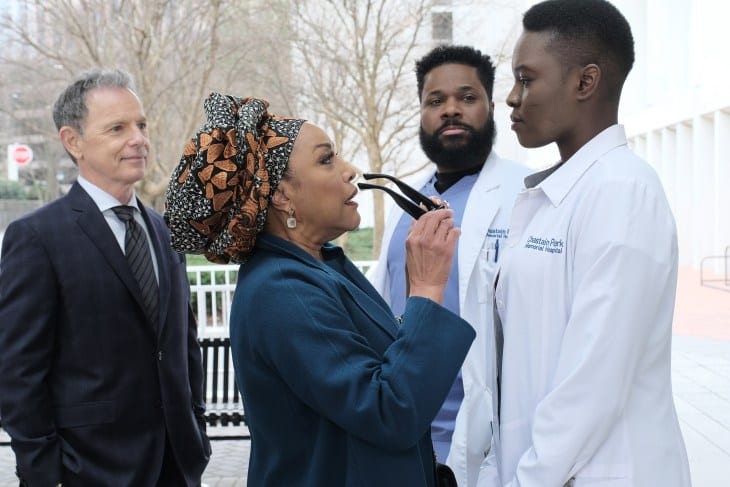 In this post, we are going to talk about The Resident season 2 episode 16 update, where to watch, and spoilers. Nevertheless, we would like to take a quick recap of the previous episode to know things better about the upcoming episode. Hence, the following paragraph will contain spoilers from the previous episode, so those who do not want spoilers should skip it.

If we want to take a quick recap, then we must be talking about Mina and her mother Josephine, who is also a well-known surgeon. They met at the hospital and everything seemed pleasant until Mina’s mother started talking about the reason why Mina left her country. Mina ran out to car and Josephine followed her. They left for home while Mina told her that she has no right to talk about the fire which killed her sister, which is the reason she left her country. Mina also called Josephine a bad mother for leaving her at home while going to work to take care of her sisters. So, let’s talk more about the upcoming episode ahead.

The show can also be watched online using the FOX app, where viewers need to add their existing cable TV subscription details to log in. Additionally, there are several online platforms such as Roku, Sling, DirecTV Now where viewers can stream FOX channel at the mentioned time to watch The Resident. The following paragraph will contain spoilers from the previous episode.

The next episode will feature Quovadis in danger as we will see a disastrous accident which might have killed Henry Barnett. It would be due to a malfunction in equipment, but the incident will raise questions over Quovadis’ existence. On the other side, Bell, AJ, and Conrad will work to save the life of Simon, Conrad’s favorite custodian. Take a look at the trailer of the upcoming episode!